Gionee F5L appears with 4GB of RAM and large Battery 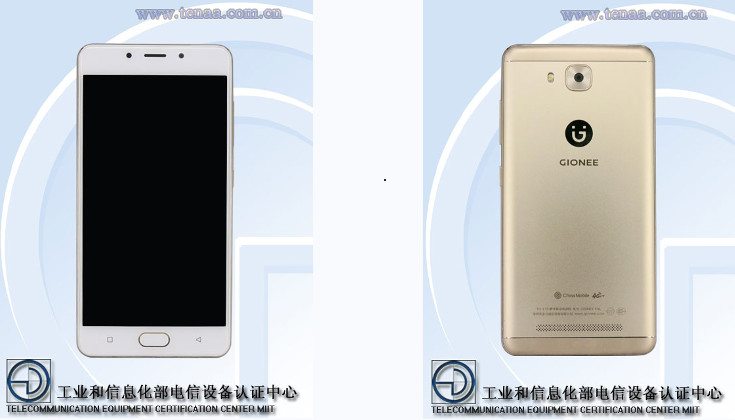 Gionee is no stranger to cranking smartphones out with abandon, but they’ve taken their time with things as we’ve rolled into 2017. The Gionee F5L appears to be the latest smartphone from their arsenal and it’s just passed through TENAA on its way to the masses.

Since the calendar flipped over to 2017, we have seen a slew of new smartphones announced. Gionee unveiled the Steel 2 last week, but it appears as if they had another handset waiting in the wings. The Gionee F5L is a little beefier than the Steel, and the design is a bit different as well as you can see from the photos provided by TENAA. With that in mind, lets dig into this one and see what makes it tick…

The Gionee F5L is of average size at 150mm x 74.5mm x 7.7mm. It sports a 5.3-inch 720p panel which makes it a bit of an oddball. Beneath the glass, you will find an octa-core processor clocked at 1.5GHz alongside 4GB of RAM. As for the storage, the listing shows 32GB out of the box and we assume this one will be expandable as well.

In the camera department, the Gionee F5L is solid thanks to a 13MP rear snapper with an LED flash and an 8MP front-facing camera. If this one has a fingerprint scanner, it’s going to be located on the home button as the back is clean aside from the sensor. Other features from the listing include 4G LTE, Wi-Fi, Bluetooth, Dual SIM slots, and a large 4,000mAh battery. Unfortunately, this one will run Android 6.0 out of the box.

As with all TENAA listings, we don’t have a clue when the Gionee F5L will actually launch. It could be a matter of days or months, but our money is on the former considering this one just passed through certification a few short days ago.