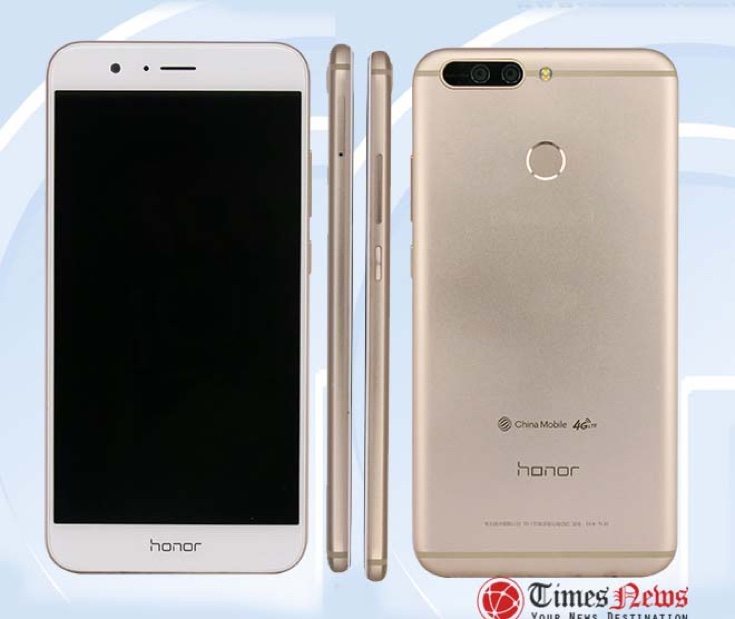 A new smartphone from Huawei subsidiary Honor is on the way and has just passed approval from Chinese regulatory authority TENAA. Potential Honor 9 specs have arisen from the TENAA appearance. However, we should say that for now the name of the device is not confirmed as it’s listed merely as the Honor DUK-TL30.

From the specifications of the device the DUK-TL30 is a candidate as a successor to the Honor 8. It could end up as the Honor 9 or even the Honor 8 Plus so let’s take a look at the specifications for a clearer picture. The TENAA filing shows some very decent specs that include a 2.4GHz octa-core processor (possibly the Kirin 960 chipset), and a 5.7-inch display with QHD resolution of 2560 x 1440.

Further Honor DUK-TL30 specs include a mighty 6GB of RAM with 128GB of internal storage that can be expanded with microSD card. It has a dual rear camera set-up consisting of 12-megapixel and 2-megapixel sensors, and up front is an 8-megapixel unit. Keeping the juice flowing is a 3900 mAh battery and the phone is running the Android 7.0 Nougat operating system.

The TENAA documentation also reveals connectivity options that include 4G LTE with VoLTE, WiFi, Bluetooth, Infrared, GPS, and UB. The handset weighs in at 184g and measures 157mm x 77.5mm x 6.97g. The phone features a fingerprint sensor at the rear and the images show it in a gold color.

It may not be much longer until we see an official reveal for this new Honor smartphone. MWC 2017 takes place in Barcelona next month and there were already expectations that the Huawei P10 flagship might be unveiled there. It could be the case that the Honor DUK-TL30 will also be introduced at the event and we will hear the confirmed name, release date and more. What are your thoughts on these potential Honor 9 specs?