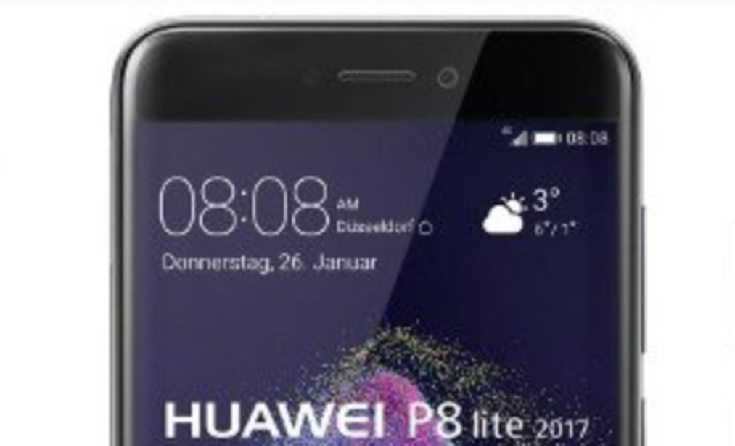 Earlier this month Huawei introduced its P8 Lite 2017 smartphone, not to be confused with the original P8 Lite that released in 2015. Now the UK launch of the new version has been announced and it will be available very soon. Details of the Huawei P8 Lite 2017 UK price and its arrival are coming right up.

The new P8 Lite (2017) has some notable specs improvements over the earlier version. In the UK it will initially be available on Vodafone and it comes in a black colour. At first it will only be sold at the operator’s retail shops or through phone sales, then at some point it will also be available online. Vodafone will be selling the phone from February 1st. The Huawei P8 Lite 2017 UK price on Vodafone with pay-as-you-go is £185. Various 24-month contract plans will also be available starting from £16 per month.

Specifications of the Huawei P8 Lite 2017 consist of a Kirin 655 octa-core processor (with four cores at 2.1GHz and four cores at 1.7GHz), 3GB of RAM, and 16GB of internal memory that can be expanded via microSD to 256GB. The dual SIM phone has a 5.2-inch display with Full HD resolution, 4G LTE connectivity, and a 3000 mAh battery. At the front it has an 8-megapixel camera while at the rear there’s a 12-megapixel camera with autofocus, LED flash, and 1080p video capture.

This new Huawei smartphone runs the Android 7.0 Nougat operating system with EMUI 5.0. It weighs 147g, measures 147.2mm x 73mm x 7.63mm, and features include a fingerprint scanner. It’s worth noting that some UK retailers are still selling the earlier version of this phone so do check for the 2017 edition before you buy.

Are you pleased to hear that this phone will soon be released in the UK? Do you think the Huawei P8 Lite 2017 UK price is competitive? Why not drop us a comment in the box below.