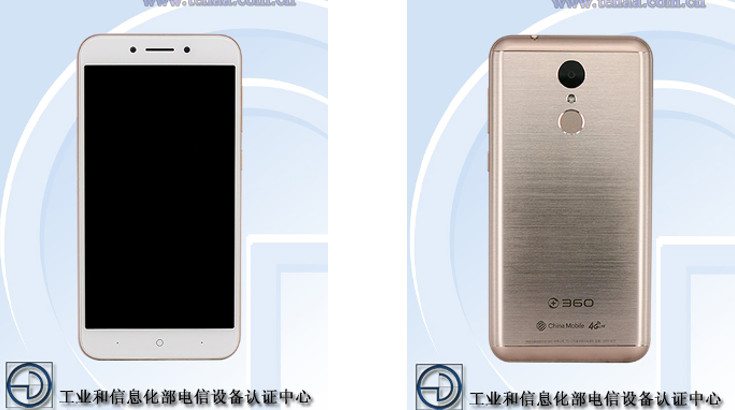 TENAA is a great place to find upcoming smartphones that have yet to make official debuts. That’s where we dug up the Qiku 360 1605-A02. It may not have a fun moniker, but the specifications make it one to watch if you reside in the Far East or enjoy a good import.

It’s safe to assume Qiku or 360 is not a name most folks in the West will know. Qiku was formed through Qihoo 360 and Coolpad, a name plenty of consumers will know. We’ve seen several handsets roll out from the new partnership including the 360 N4S and the Q Terra. The Qiku 360 1605-A02 is  bit of a mystery, but thanks to TENAA we have some photos and know several key specifications.

On the rear of the new Qiki 360 smartphone sits a 13MP sensor with an LED flash. The front-facing camera shows up at 8MP  and all the usual boxes are checked in the connectivity department. That means Bluetooth, Wi-Fi, 4G LTE, Dual SIM slots, and a microSD card slot. It doesn’t have a USB Type-C port, but does sport a fingerprint scanner on its back side. The Qiku 360 1605-A02 will get its juice from a 3,920mAh battery and was tested running Android 6.0.

As mentioned, you won’t be able to get your hands on this one unless you reside in the Far East or are looking to import. We have no idea of the Qiki 360 1605-A02 release date or how much it will set you back, but it will be available in Gold, Black and Gray when it launches.