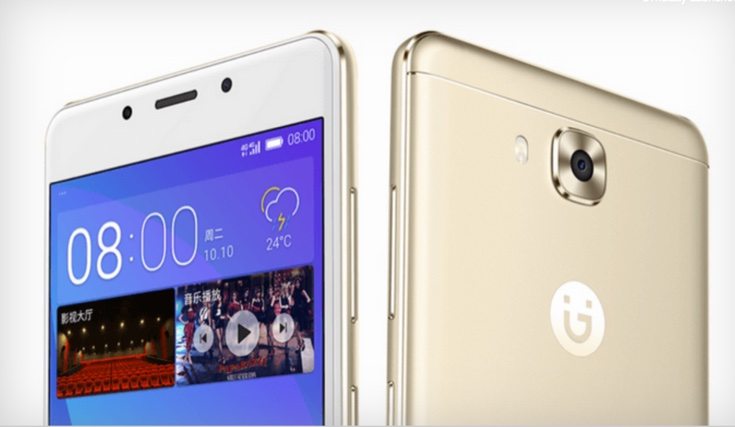 After an earlier sighting of the Gionee F5 smartphone at a regulatory authority, the company has finally formally introduced the device. The Gionee F5 price and specs have been made official at the launch and it’s a mid-range handset that has a decent 4GB of RAM. The phone has already gone on sale in China and the confirmed price also gives us an indicator of pricing if it goes on sale in further markets.

The Gionee F5 price has been announced as CNY 1,799. The company hasn’t given any details yet of global availability but if it reaches more regions this price equates to around $260, £210, €244, or Rs, 17,600. Pricing could vary according to market and we’ll bring news on further availability as we hear it. The handset is in Gold and Rose Gold color choices and has a metal unibody design with 2.5D glass at the front. Buyers in China are also being treated with some freebies that include a selfie stick and USB light.

Overall specifications of the phone are decent enough although some may be disappointed that the display only has HD resolution (1280 x 720). Otherwise Gionee F5 specs consist of a 1.5GHz MediaTek MT6750 octa-core processor, with 4GB of RAM and 32GB of internal storage (expandable to 128GB via microSD). It has a 5.3-inch display, a 13-megapixel rear camera with LED flash, and an 8-megapixel front-facing shooter. Further specs include a 4000 mAh battery (non-removable) that’s claimed to provide up to 9 hours of talk time or 28 hours of music play.

The dual SIM smartphone has 4G VoLTE support and the usual connectivity options of WiFi, Bluetooth 4.0, and GPS. It also supports microUSB 2.0 and has a 3.5mm audio jack. The operating system used is the Android 6.0 Marshmallow-based Amigo UI. The phone supports WeChat and AliPay mobile payments system. It features a fingerprint sensor on the front that’s incorporated into the Home button. The handset measures 150mm x 74.5mm x 7.7mm, weighing in at 162g.

What are your initial thoughts on the Gionee F5 price and specs? Is this is a smartphone that you might consider if it releases in your region?