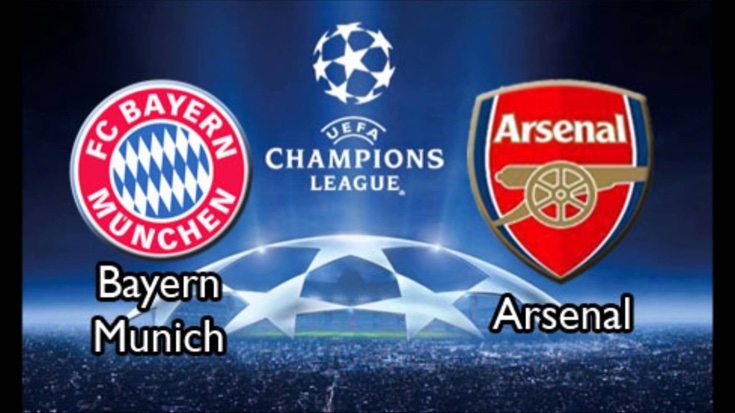 There is further Champions League action tonight when the Gunners take on Bayern Munich away. One of the best ways of keeping in touch with the latest developments is with the official Champions League app for Android and iOS that has just received an update. The free app offers the confirmed Bayern Munich vs Arsenal lineups, team news, live scores and much more.

Arsene Wenger has already confirmed that goalkeeper David Ospina is in the starting lineup rather than Petr Cech. Mesut Ozil’s place in the Arsenal lineup vs Bayern Munich is in question, while Xabi Alonso will be back from injury for Bayern. For the very latest we’ll be using the free official UEFA Champions League app by UEFA. This mobile app offers coverage of the competition straight to your smartphone or tablet and users can select favourite clubs to follow in a personalised newsfeed.

The app features live audio commentaries, live scores, live match statistics, form guides for teams, highlights of every match, live draw coverage and more. Users can also receive notifications to keep up with all the latest as it happens. Checking out the app today you’ll find an overview of tonight’s Arsenal match that kicks off at 19:45 as well as Real Madrid vs Napoli. Tapping on the Bayern Munich vs Arsenal match you’ll find an overview featuring head-to-head stats, player suspensions and injuries, and news articles.

You can also currently find details of probable Bayern Munich vs Arsenal lineups. This will be followed by confirmed news later about the official lineups along with match stats. Users can customize their notifications settings to receive as little or as much info as required straight to their fingertips. This includes goals and penalties, kick-off/full-time, lineups, red cards, and substitutions.

Remember this is a free app so it’s well worth downloading from the Google Play and App Store links below. The official Champions League Android app is compatible with devices running Android 4.0.3 or later. The Champions League iOS app is for iPhone and iPad running iOS 8.0 or later. Will you be using the app for Bayern Munich vs Arsenal lineups, team news and more?