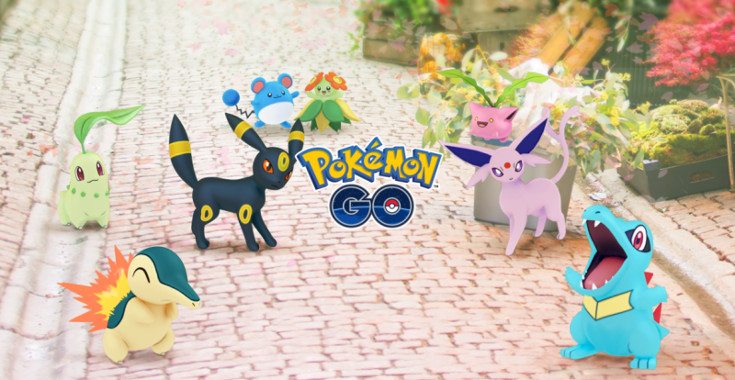 It has been a while since we touched on the popular creature capturing game Pokémon GO. Well, the New Pokémon GO update is finally gearing up to launch which means you will soon have a whopping 80 new characters to catch in the wild.

Whenever a holiday rolls around, popular mobile games tend to get seasonal updates. Valentine’s Day just passed, and it appears we’ll be getting something quite sweet from Niantic and Nintendo later this week. That’s right, the New Pokémon GO update is finally going to go live with a slew of characters from Pokémon Gold and Pokémon Silver.

It’s safe to say interest has died down over Pokémon GO to a degree. Those little updates and freebies are nice, but actual “content” it is not. The Johto region will become available this week unlocking 80 new creatures. That will definitely bring a few gamers back into the fold, and you’ll have some new starters to play with as well in Cyndaquil, Totodile and Chikorita.

In addition to the new creatures, Niantic will change a few things up. You will now be able to customize your avatar’s appearance with several new items including hats, shirts, and pants. Other new items are coming to the shop as well while Trainers can make use of two new berries. That would be the Pinap Berry and Nanab Berry; the former doubles candy received from your next successful catch while the latter slows down their movement speed.

There has not been a date given for the New Pokémon GO update at this time. That said, “most” Android updates roll out on late Wednesday or Thursday, so we shouldn’t have to wait long for this one to arrive. Despite the downtick in users of late, we feel the new Pokémon GO update will liven things up nicely and we still have a long way to go before all the characters and legendary are available in the game.