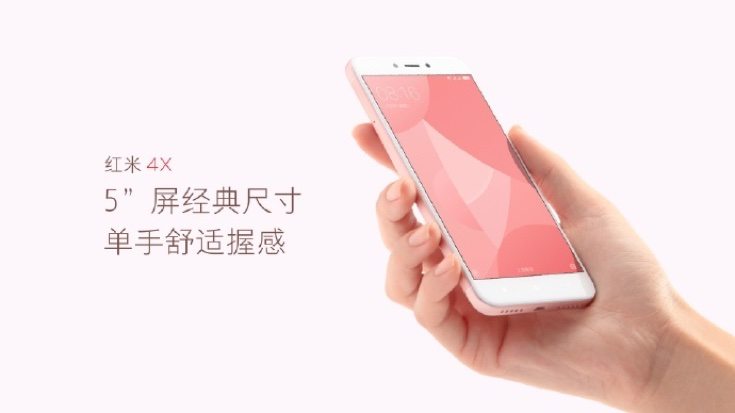 Xiaomi has a great reputation for producing decent smartphones at competitive prices. A new smartphone has just been announced and details of the Redmi 4X launch price and specs are coming right up. It’s another budget phone in Xiaomi’s arsenal and looks likely to be another success for the company.

The Xiaomi Redmi 4X has a unibody metal design and is offered in color choices of Matt Black, Champagne Gold, and Cherry Pink. The phone has just launched in China and we expect it to also launch for further markets including India at a later date. One of the highlights of the phone is a sizeable 4100 mAh battery. Xiaomi claims this offers up to 18 days standby, up to 2 days use, or up to 15 hours of video playback.

Xiaomi Redmi 4X specs include a 1.4GHz Snapdragon 435 octa-core processor with Adreno 505 graphics. It has a 5-inch display with HD resolution of 1280 x 720 featuring 2.5D curved glass, and there will be two variants on offer. One has 2GB of RAM and 16GB of internal storage and the other has 3GB RAM and 32GB of internal storage. Both models have expandable storage via microSD up to 128GB.

What are your first thoughts on this new Xiaomi smartphone? Do you think the Redmi 4X launch price is competitive and if so, are you likely to buy this device? Do let us know with your comments.