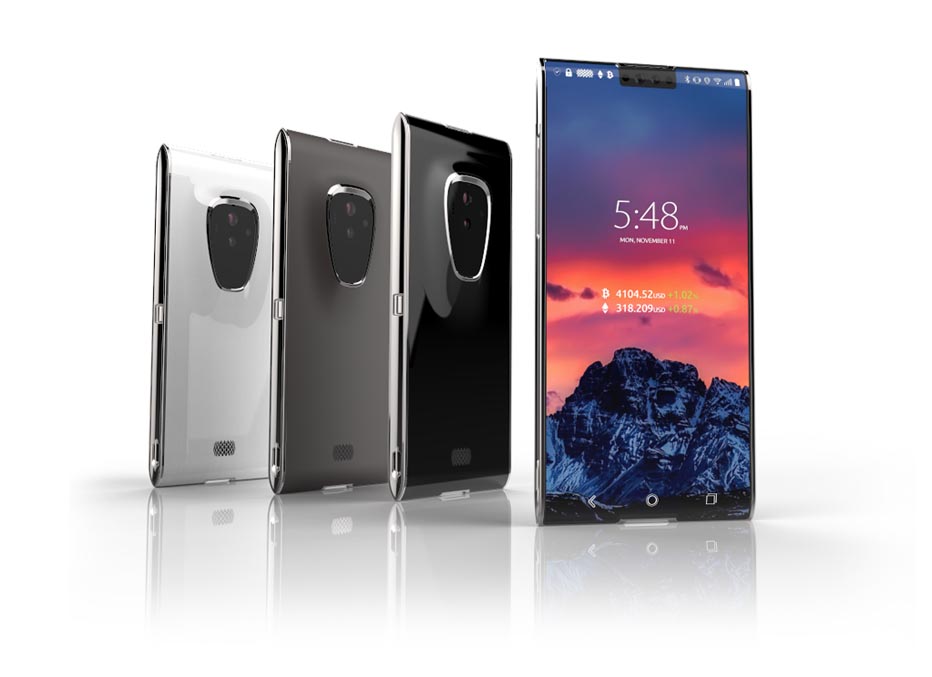 The chances of you hearing about Sirin Labs might be small. That is, unless you heard about their previous product, the $14,000 smartphone Solarin. It was targeted towards customers that valued their information on their smartphones and needed to protect it. And had money to afford it, of course. It offered voice and text encryption, disable switch for most of the sensors and other security features. And today, they want to develop Finney – the first blockchain smartphone in the world!

A blockchain is an endless growing list of records (blocks) that are linked and secured using cryptography. It is like a computer that anyone can upload programs to and let them self – execute. Each state is visible publicly and highly secured. Today it is mostly used for mining cryptocurrencies, like Bitcoin. If you want to learn more about this technology, do search the web for it, because it might become one of the most used technologies in the near future. Now, Sirin Labs wants to build Finney, named in honor of bitcoin pioneer Hal Finney, an open – source model that runs on blockchain.

How will the Finney function?

Their intention is to form an independent blockchain network that will operate without any cluttering from centralized backbones or mining centers. It will run on a special Sirin operating system, designed to support blockchain applications such as crypto wallets. The Finney plus other devices (they mentioned an all-in-one computer as well) will be available to SRN token owners only, so that could be limiting to some customers.

When will it be available?

The price tag for the Finney will be at $1,000. It will feature 256GB of storage, 16MP camera and other security features alongside the previous mentioned ones. They are currently preparing to launch a crowdsale event this October to support the development of the phone. Hackers will have big problems breaching the Finney, but is it even needed?

The cryptocurrency community is still a very low market to target, and it is barely making its first steps in the world. Few companies just started learning the potential of blockchain, but they are still far from implementing it on a daily basis. For now, only a small group of people could be interested in this device. But, even then, it’s a low market to target.

In the near future, when blockchain and cryptocurrencies become more and more accepted in our lives, maybe then it could be viable for consumers to have a device that could secure their crypto wallets and all the data inside their smartphones. It might become the leader in adopting blockchain in our lives. But until then, the Finney is just a product ahead of its prime time.

What are your thoughts on the Finney? Feel free to share them in the comments!