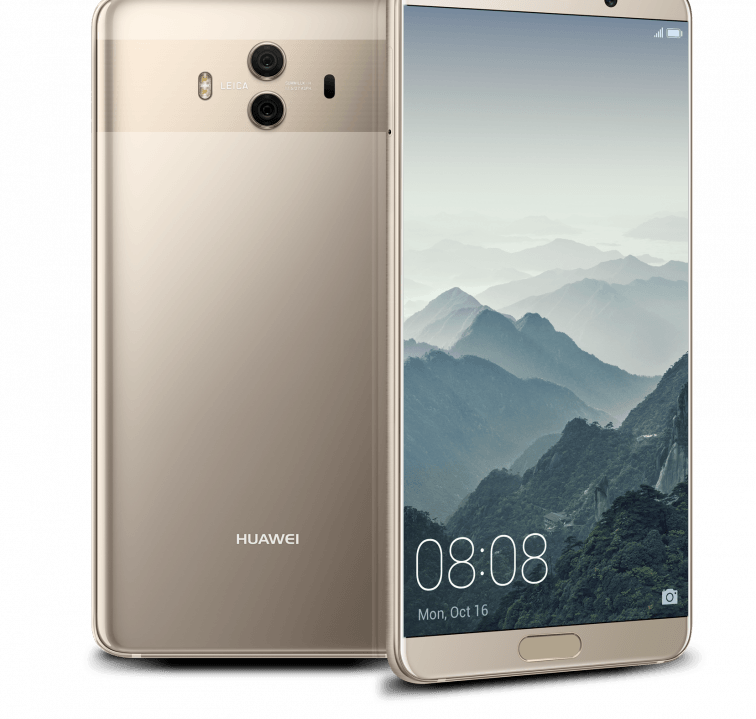 Although not that much known on US soil, Huawei is one of the global leaders in smartphones across the world. As a matter of fact, they just surpassed Apple as the second manufacturer, right behind Samsung.  There are many great smartphones produced by Huawei, with the P10 and P10 Lite as the most recent examples. Today, Huawei announced the Mate 10 and 10 Pro – two new smartphones aiming at the flagships. Let’s see what they will offer.

Let’s start with the Mate 10. The regular option features a 5.9” LCD display with QHD+ resolution. It is a big, wide display, but it still managed to retain smaller bezels. It even features the fingerprint sensor at the bottom chin! On the other hand, the Mate 10 Pro features a narrower, OLED display (18:9 aspect ratio), with a lower resolution of 2160×1080. It does look sleeker from the Mate 10, and the narrower design makes it easy to operate it with one hand. The fingerprint sensor here is on the back, in a natural position where your index fingers lies. Both devices are gorgeous to look at, thanks to the all-glass design. There are few color options, with my personal favorite – the brown (It looks as ‘moka’ to me) color.

Both devices feature high end components, but the differences between the two are worth taking note on. Let’s start with the similarities first. Both devices feature the Kirin 970 processor, designed specifically with AI in mind. The dual set camera and 64 GB of storage will be the default option for both. The cameras will be (again) designed in cooperation with Leica, so the quality will be justified. There won’t be any compromises in the battery department – both will feature the same, giant 4000mAh battery.

Now comes the interesting part. As a start, the Mate 10 will feature an SD-card slot and a headphone jack, while the Mate 10 Pro won’t. This fact alone could be a turning point for many, especially for a device named as Pro. On the other hand, the Pro version will have the option for 6GB RAM (from the default 4GB) and will be IP67 water resistant.

Both devices run on Android Oreo 8.0, with Huawei’s own EMUI skin on top of it. You could easily compare it to the boring iPhone look at first, but it does have more customization options under the hood. You can also connect it with a monitor and use the device as a desktop PC. Just remember that, after all, it’s a mobile device, and that could never replicate the power of a full-blown PC. But, for light work such as email or browsing, the bigger screen could come in handy. Plus, you don’t need docks or anything similar – just an HDMI cable is enough to connect the Mate 10 with your display.

What are your opinions on the Mate 10 and Mate 10 Pro? Share them in the comments below.