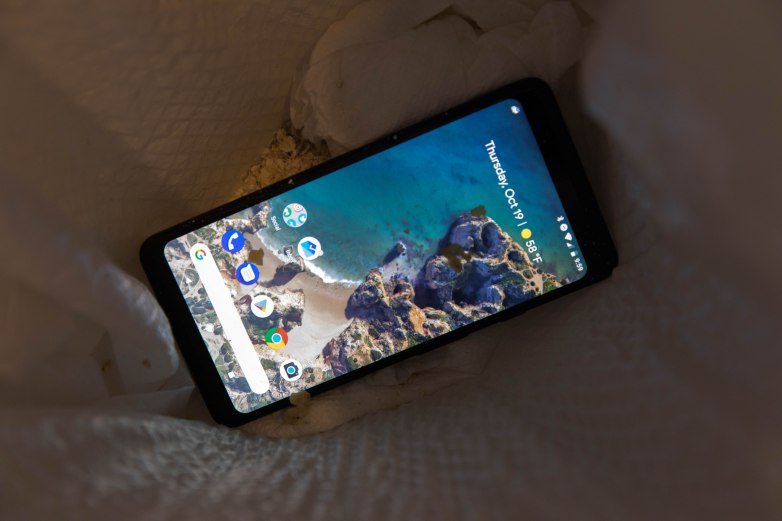 The Pixel 2 XL just got released, and it is one of the best devices available right now. Google made big efforts and upgrades from the previous generation of the Pixel. It fixed most of its flaws, improved some and added new features that many customers will find it handy. Unfortunately, the device is still not perfect, as there are some flaws and problems that can make your experience unpleasant. In this list you will find the five most common problems with the Pixel XL and how you can fix them.

There have been reports that some touches around the edges don’t seem to register. Common user menus like the hamburger menu or the advanced settings menu require multiple taps to be activated. Good thing is that this is a software issue that will most likely be solved in a future update. You could check with an application like Touchscreen Test to see how bad the problem is, so if they don’t register at all, you should get a replacement.

There are few reports about the included headphone adapter it has two problems: it overheats or doesn’t work at all. People usually solved this by removing and plugging the adapter back. We should note that this is also a software problem, probably to be fixed in a future update.

Some users got a “Fatal camera error” notification on the first opening of the camera application. You can solve this with a factory reset of the device. Do check again if it occurs again before you set it up in case you need to reset it again.

There had been many reports on problems with the connectivity of the device, mainly with the Wi-Fi and Bluetooth. You should use Wi-Fi analyzer to check for errors there, and see if the power saving mode in Wi-Fi is on. For Bluetooth, check your settings to see if everything is OK, remove previous paired devices.

Do you have any other problems not mentioned here? Share them in the comments below.