Our Guide to Go for the Best Skyrim Mods of 2017 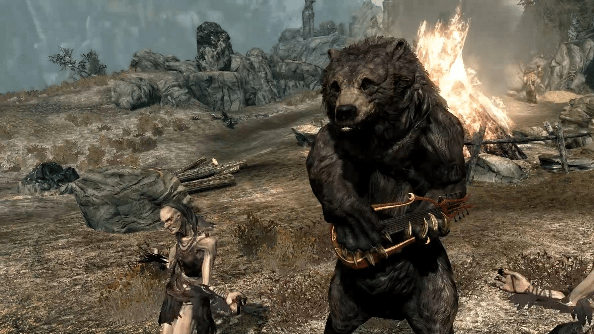 Upon the launch of Skyrim in 2011 by Bethesda, the game, Skyrim, has recorded a countless number of hours of the gameplay. If you are a pro at playing the gaming, you must know that there isn’t any surprise left to unfold for the game. But there’s always the option of mods for the rescue. Talking about the mods, they are amazing, but they can only be used according to the strict guideline which has been shared by the creators. Here’s what you need to know before we begin with best Skyrim mods of 2017.

First of all, you should know that mods need to be downloaded and applied with caution. And the installation instructions that come in need to be exercised in order to avoid crashing. While some mods enhance the overall game, the others work well yet may be contradictory to others in an app. Now we shall go further to see the best Skyrim mods of 2017 as mentioned right below.

If you want more magic within the game, that means there should be enough power in the Skyrim. That is exactly why this magic mod happens to be one of the best Skyrim magic mods which you can easily download to start experimenting with more moves than you have ever imagined earlier. You will be able to cast your enemies via space-time just by tucking to around 400 new spells that is available. You just have to download it via PS4.

If you want to add a little more color and make the world of Skyrim brighter with the new NPCs, then read on. The Interesting NPCs mods give the allowance to be occupied with a bunch of new voiced NPCs as well as followers (who are completely immersed in the story). Talking about the brilliant dialogue choices, it allows gamers to role-play with them, whereby some of them come with their individual motivations.

Of the finest best Skyrim graphics mods, the Static Mesh Improvement Mod immensely improves a wide number of meshes placed throughout the Skyrim’s world. Not only does it make the game look tremendously better, but also gives the allowance to gamers to make the best out of the SMIM. Also due to the massive improvement in the game, gamers can sit back and not worry about the hidden scripts in order to alter the vanilla Skyrim. Finally, you may choose to download this via Xbox One.

Undoubtedly, the base Skyrim game is one of the finest experiences that one can find. So choosing the best Skyrim mods is worse than trying to search for a needle in a haystack. Before you install them, one should be doubly sure of the compatibility notes as well as the instructions. Tell us how our guide helped you by reaching us via the comments below. You may share it with your friends and close ones.