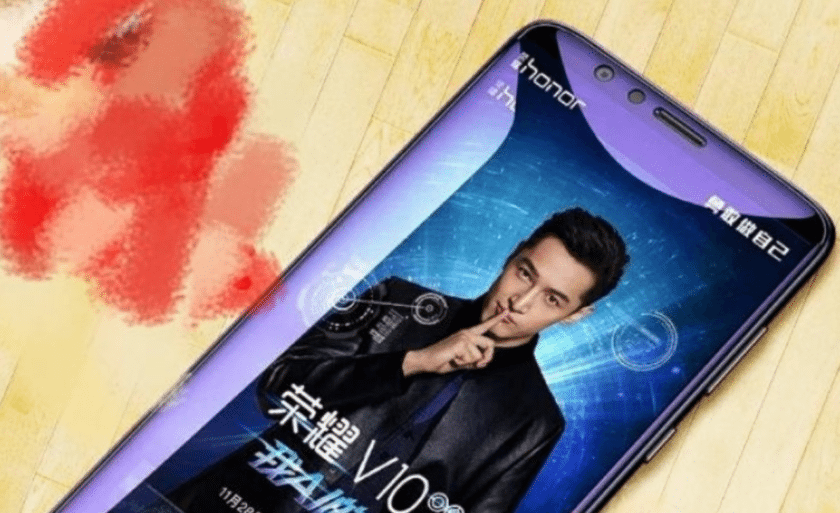 Huawei had one of the best years in the smartphone department. They managed to surpass Apple and become 2nd global producer of smartphones, right behind Samsung. The great devices coming out both from the Huawei and Honor brand are excellent and deliver great performance. On the 28th of November, Huawei will announce the latest addition in their Honor lineup, the Honor V10. But, rumors began spreading around about what will this device offer, so let’s take a look at them.

The Honor V10 will have a sleek design, following the trends of this year. It will feature an all-glass design, with the antenna bands hidden on the edges. On the front, the 6” “FullView” display will fill the screen. In conclusion, it will be capped at 2160×1080 resolution with an 18:9 aspect ratio. Judging from displays on other Huawei devices, it should have decent color saturation and brightness in outdoor situations. On the back, you will find the cameras and the fingerprint sensor.

According to the rumors, the Honor V10 will be a performance beast. It will feature the newest Kirin 970 chipset, internally built by Huawei. Accompanying that will be 6GB of RAM and 64GB or 128GB of internal storage. These specifications should handle every task you throw at it, and multitaskers will be more than happy with the onboard RAM. The battery capacity could be capped at 3000mAh, but there is no secure source about this information.

Huawei will follow the double lens camera setup, as most of their flagships did include one. We don’t know if they will partner with Leica again for the Honor V10, but nevertheless, it should be a great one. The sensors should be capped at 16MP and 20MP respectively, with the second one probably being a telephoto one. Unfortunately, there are no other details or images from the rear cameras, so we will have to wait for the official announcement for more details. On the other hand, the front facing camera could be clearly seen in the leaked image. It should be capped at 13MP, with a wide-angle lens and special software to “beautify” your selfies.

The device will run on Android Oreo out of the box, being one of the few devices getting the software version at release. It will run EMUI on top of it, Huawei’s own skin, which means that the device will be snappy and have great custom features.

The Honor V10 should be priced around $453. That means that Huawei sticks to their promise of offering a great smartphone with excellent performance for a reasonable price. The device will be announced on the 28th of November in China, though there is another Honor event scheduled in London on Decemer 5th. It is rumored that Huawei will also present the device there alongside the also rumored midrange Honor 7X.

What do you think of the Honor V10? Do you think that this device could be a flagship killer? Share your opinions in the comments below!