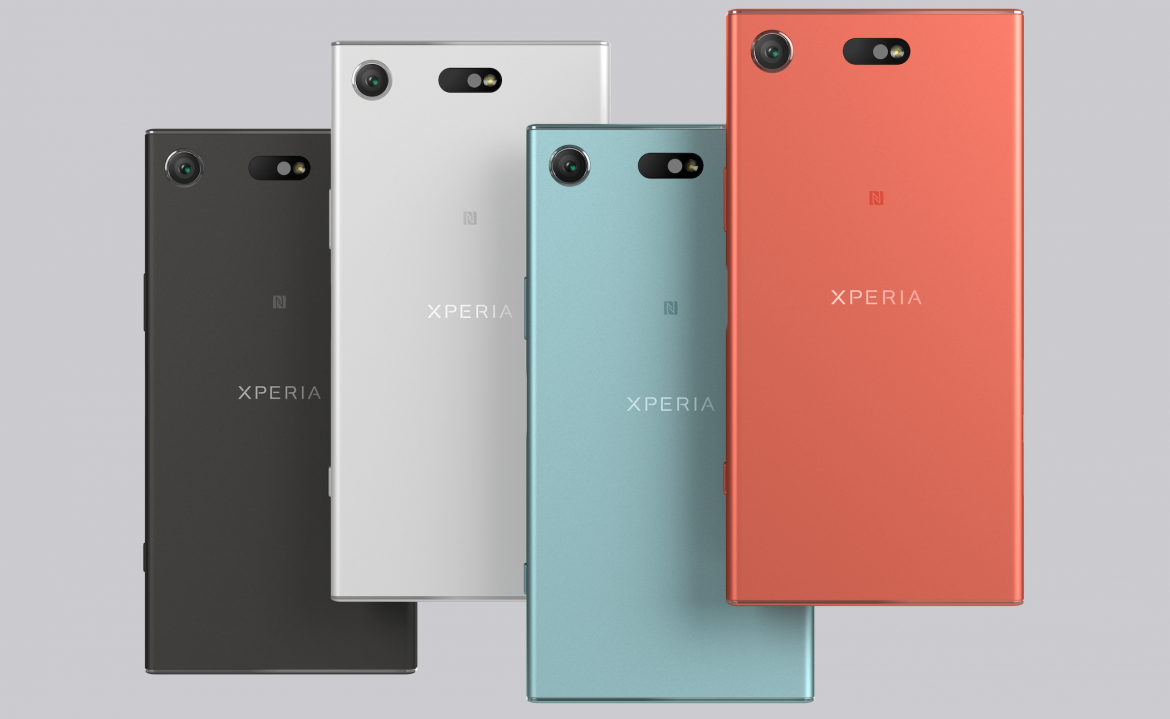 Sony has slowly released many new devices under their name that are packed with features. The Xperia XZ1 is one of those devices, packing flagship specs in a boxy, already known design. But, Sony is also aware of the people searching for smaller devices, because not everyone wants or needs a 5.5” plus device. Meet the Sony Xperia XZ1 Compact – the company’s answer to that problem. Let’s see what this device can offer.

The smaller body brings back a familiar look if you have watched smartphones closely five years ago. The boxy design is a known look in Sony devices, and it could be boring to most people. The only difference is that the edges have been smoothened out, giving the device a nice look and good grip in the hand. It is made from plastic, but it does feel sturdy and you won’t find any fingerprint smudges on the back. The smaller body means for a smaller display, and the XZ1 Compact features a 4.6” panel with 1280×720 resolution. The 720p resolution could be deal breaking for some people, especially those that come from 1080p or Quad HD displays. But still, the panel is great for the small design. Sharpness is decent, colors are vibrant and viewing angles are great. The screen is also bright enough to be used in direct sunlight.

Everything that you can find internally on the regular version, you will find it on the XZ1 Compact. The device is powered by the Snapdragon 835 chipset, along with 4GB of RAM and 32GB of internal storage. These specs can be found on many flagships released this year, and the internal storage can be further expanded with a MicroSD card if you find it low. The lower display resolution doesn’t go hard on the processor, making the phone a snappy beast. It is powered with a 2700mAh battery, which should be more than good enough for a device of this size.

The cameras on the XZ1 Compact are excellent. This is a place where Sony excels, and the pictures coming out of this device are proof for that. On the rear, you will find a single 19MP Exmor sensor with 5-axis image stabilization. It can shoot stunning pictures, with little noise and great color saturation. It is sad that Sony didn’t include another sensor like a zoom or monochrome, but the smaller body could be limitation towards that. Nevertheless, this sensor should be perfect for most of you. The front wide-angle 8MP shooter is decent for the casual selfie shooter, but nothing more than that.

The Xperia XZ1 Compact pack many other notable features. A 3.5mm headphone jack is here, enhanced with a custom technology that will further enhance the sound coming out of it. There are stereo speakers on the front, and the sound coming out from it is excellent, though we wish the volume could go up a bit. A fingerprint sensor is embedded on the side power button, but this will be absent for users in the US. It is running Android Oreo 8.0 out of the box, with Sony’s own skin on top of it.

The Sony Xperia XZ1 Compact is available for purchase as an unlocked GSM device for the price of $600. It can be a little expensive for some users, but the performance this little device offers justifies the price.

What are your thoughts on the Sony Xperia XZ1 Compact? Share them in the comments below.