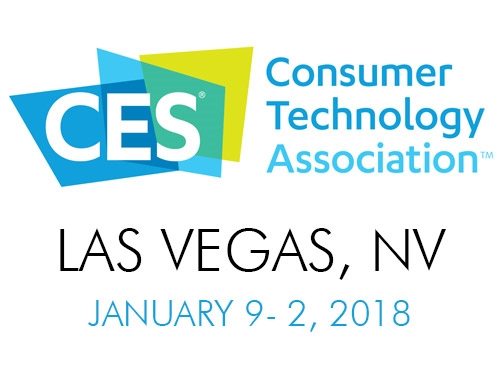 As the year is closing by and 2018 is just around the corner, we’re all taking a moment to reflect on the past year and embrace the new one. 2017 has been a great year for smartphones, mainly for the taller displays and dual lens cameras. And most of these trends were started from the beginning of the year – at CES 2017. CES is the annual trade show where companies show off their latest products, like smartphones, drones and vehicles. Focusing on the smartphone area, there are already some rumors about this year’s show from the biggest companies, so let’s see them.

Starting off with the (probably) biggest of them all, there are many rumors that Samsung will announce the S9 and S9 Plus. Now, it is most likely that it will only show a teaser video about them, as we can see from previous years. The official unveiling per the rumors should happen in March 2018, so that confirms the previous assumption. What could be certain though is the announcement of the A – series. They revealed the 2017 line few days before the show, and were available for preview on CES, so we can assume that to be the same for the next lineup. Nevertheless, Samsung’s venue will probably be one of the most famous ones.

The Korean company won’t bring out their flagship for 2018 on CES, but they won’t sleep on announcements either. Although their focus will be on their excellent TVs and smart appliances, smartphones will also find a place in the show. To clear things up at start, the G7 will most likely be revealed at MWC in Barcelona, as the G6. The K – series will probably be the only smartphones featured at CES, as they did last year. There is a scheduled date for a press event a day before the official opening on 8th of January. Until then, share any opinions or rumors you find in the comments below.

Google’s entry at CES 2018 is the biggest surprise, taking part of the show for the first time. And not only that – the company reserved eight hospitality suites, meaning that it is preparing for a big announcement. It won’t be a smartphone, as we recently got the Pixel 2 and 2 XL, but it could bring out other Chromebooks that will join the Pixelbook. The other lineup of devices will also be here for showcase, like the Daydream View VR headset and the different smart speakers powered by Google Assistant. The interesting part about Google is that they might surprise us with many other things that haven’t been rumored before. Therefore, we will have to wait and see what the search giant will offer.

At last years CES, ASUS revealed the ZenFone AR and ZenFone 3 Zoom, excellent smartphones that boasted great internals. It is most likely that they will get a follow up for the upcoming year, alongside a new Chromebook. Again, we will have to wait and see the official announcement, which could happen before the trade show.

Many of the other companies will also be present on CES 2018, such as Lenovo, HTC, Sony and more. Unfortunately, there haven’t been any rumors about smartphones coming out of them, which could change in the upcoming month. We will update this post as soon as any new rumors emerge, just to keep you updated.

What do you think of the upcoming CES 2018 and all of its rumors? Share your opinions in the comments below.