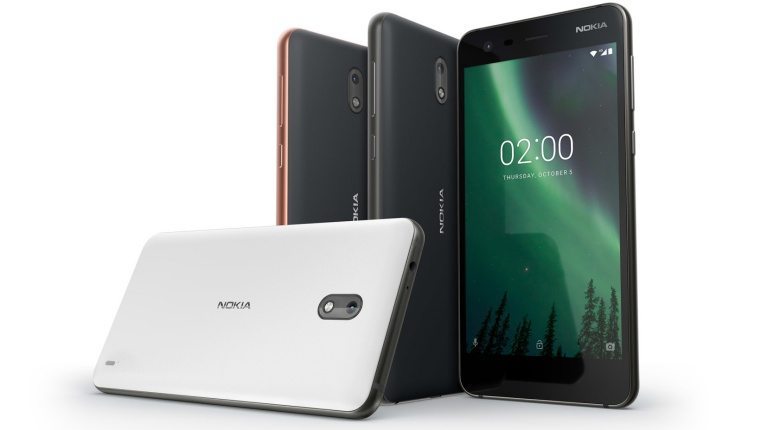 Nokia made the biggest comeback in 2017. HMD Global made a good use of the brand, releasing different devices for every budget. The Nokia 2 and 3 were their entries for the low budget market. The Nokia 5 and 6 were the midrange ones, with the 8 being their main flagship device. And in 2018, they won’t stop. There are already rumors and leaks about their new devices. Today we’re going to talk about the Nokia 1, their budget offering for this year.

As we already know that the Nokia 1 would be marketed as a low budget device, we can already suggest some details. The low price means that some materials are cut down, thus why the device will come with a plastic body. But the frame around the device will be made from metal, making it more prone to falls. On the front you will find the 720p 5″ display. It comes without the famous 18:9 aspect ratio, which is expected for entry level devices. On the back, the camera lens is placed in the middle, with the Nokia branding right under it.

On the performance side, this device won’t get any awards for speed. But even for this price range, it isn’t bad. There isn’t any information about the chipset, but the Snapdragon 200 series are expected. These proved to be excellent for lower devices, offering the best performance out of the device. We do know for sure that the device will come with 1GB of RAM and 8GB of internal storage. As with the processor, there isn’t any information about the battery, but we might expect something around the 2000mAh sphere.

The camera won’t amaze you either, but for the casual shooter that wants to capture a moment, it should be enough. Rumors suggest that the Nokia 1 will pack 8MP rear camera and a 2MP front one. Let me note again that all of these details are rumors, so take them with a grain of salt. But if we see the other camera setups on the 3 and 2, it should be decent for photos on social media networks.

The most rumored thing though is that the Nokia 1 might be the among the first containing the Android Go OS. As I’ve written before, the Android Go is Google’s answer for low devices, providing all of their services with minimal use of resources. Aside from that, other developers can use it to offer their apps in a minimal version, perfect for users with low devices and minimal data signal. It would be nice to see this on the Nokia 1, and judging from their use of stock Android on their other devices, it could be true.

The Nokia 1 is rumored to be released in March, with the price ranging from 60 to 80 euros. There is a scheduled event on 17th January from HMD where is expected for the device to be revealed, so we got to wait and see.

So, what do you think of these rumors about the Nokia 1? Share your opinions and thoughts in the comments below.