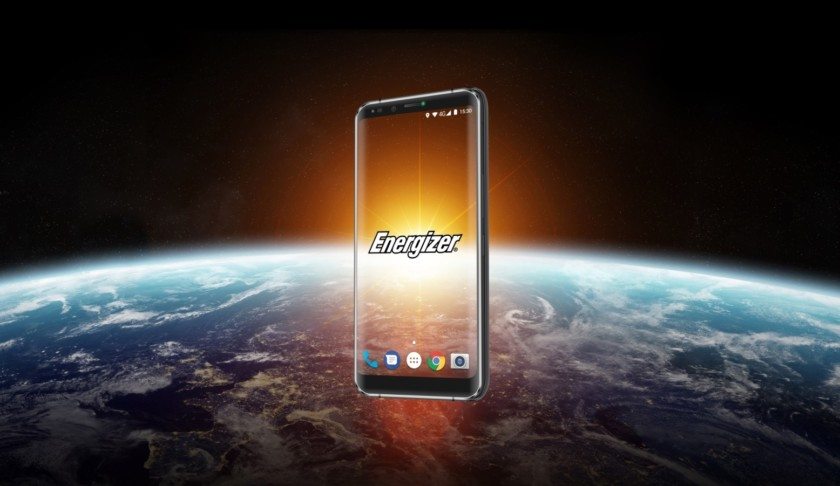 There have been many new companies trying to take a stake from the smartphone pie. Many did succeed, and released many devices that are used by consumers every day. But, many other companies that are already crushing in other regions of technology also started releasing smartphones. Energizer is a familiar name in the battery department, but you didn’t though that they would release a smartphone, did you? Well, they did, and the Energizer Power Max P600S is the name of it. Let’s see what this device can offer.

The Energizer Power Max P600S is looking like most of the current flagship devices from other manufacturers. To me, upfront it looks like a copy of the Galaxy S8, which is not such a bad thing. The 6” display with 1080p resolution and an 18:9 aspect ratio fills most of the front. The bezels are small, which is a good thing. The biggest difference between other smartphone designs is on the back. The camera is placed in the top corner, with the fingerprint sensor in the middle. This is a common placement among smartphones, but the P600S adds a carbon fiber touch to it, a rare design choice among manufacturers. It will come in two different colors – black and blue.

Performance won’t be an issue for the Energizer Power Max P600S, at least judging from the sheets. The MediaTek Helio P25 chipset is known for its power efficiency and multitasking, ready to satisfy even the most notorious multitasking freaks. There will be two memory options – one with 3GB of RAM and 32GB of storage, while the other with 6GB of RAM and 64GB of storage. They are distinguished by the colors, or the black is for the 3/32GB one, while the blue is for the 6/64GB one. The biggest novelty of this device is in the battery. Energizer is a big player in the battery department, so it was expected for them to put a big battery in their smartphone. And the 4500mAh one proves that, with claims of up to 12 hours of use and 16 days of standby time.

In the camera department, the Power Max P600S features a dual lens setup. The first is a 13MP one, while the second is a 5MP one. They’re made by Samsung, so the pictures should come out nice, but nothing outstanding. We would have to wait for the device to come out and test it out in the open. On the front, you will find the 8MP shooter, accompanied with a dedicated flash. It should be more than enough for all of you selfie lovers.

The Energizer Power Max P600S will come with Android Nougat 7.0. It is sad to see that it won’t come with Android Oreo, which has been out for quite some time now, but it is not that bad. The software plays nice with the chipset, and a promised Oreo upgrade is notably in the works.

There is still no pricing available, but it is expected to be ready for sale by the end of this month.

So, what do you think of the Energizer Power Max P600S? Share your opinions in the comments below.