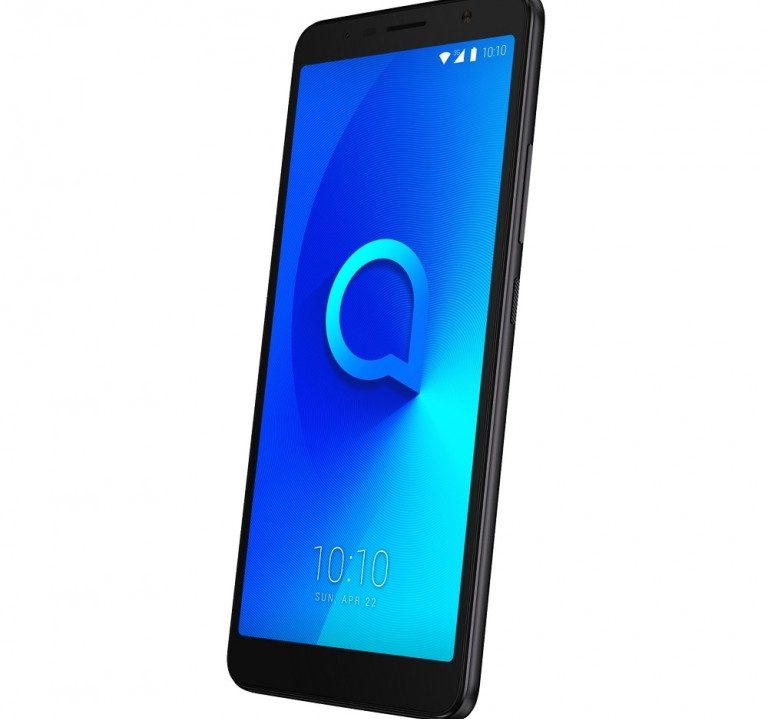 Alcatel is not a name you hear or see often in the smartphone world. I remember back a decade ago, Alcatel was one of the most common names for cheap and moderate devices, offering great value for a reasonable price. Today, that is still true, but devices from other companies do better than them. But, that doesn’t mean that Alcatel is out of the game – it is still strong in most European markets. And now, they announced the Alcatel 3C, another affordable device that packs incredible value. Let’s see what will this device offer!

The first thing you think up of a cheap device is the lack of innovation in the design department. But despite the cheap price, the Alcatel 3C is not a bad device to look at. In fact, the minimalistic approach has its own charm, at least in my eyes. They do follow the latest trends, as we can see from the display. Filling most of the front, the 6” HD+ display is bringing the famous 18:9 aspect ratio, giving you more space to look at. That also means that the side and top bezels are lower, with the buttons being on-screen. On the back, you will find the single camera lens with the flash, and the fingerprint sensor right under them. The Alcatel logo is in the middle, with the speaker being placed on the bottom.

Performance wise, don’t expect anything special. The Alcatel 3C is built for the regular user in mind, and for everyday moderate use, it is fine. The chipset inside the device is the 1.3 GHz quad-core MediaTek MT8321, which should handle even heavier tasks fine. The 1GB of RAM is on the low side, but again, for the regular user should be more than enough. The device will come equipped with 16GB of internal storage, which should be more than enough to fit all of your files. And for power, the 3000mAh battery should last you through a full day of use.

Going on to the camera, the Alcatel 3C should be enough for the casual photos. The main shooter is an 8MP sensor, accompanied with a LED flash. It should be decent in daylight, but don’t expect any miracles when the sun goes down. On the front, the 5MP camera should take decent selfies, but again, nothing too spectacular.

The Alcatel 3C will come with Android Nougat out of the box, with Alcatel’s own skin on top of it. This could be the only downside, as the newer Android Oreo has been out for more than 6 months. And judging from previous devices, we don’t expect for this one to be upgraded to it, so only time will tell. Some other notable features are the inclusion of dual-SIM support and the choice between three colors: Black, Gold and Blue.

The Alcatel 3C currently is available for purchase only in Italy for the price of €130. It will be available across many other countries in the following month with the same price.

So, what do you think of the Alcatel 3C? Share your opinions in the comments below.