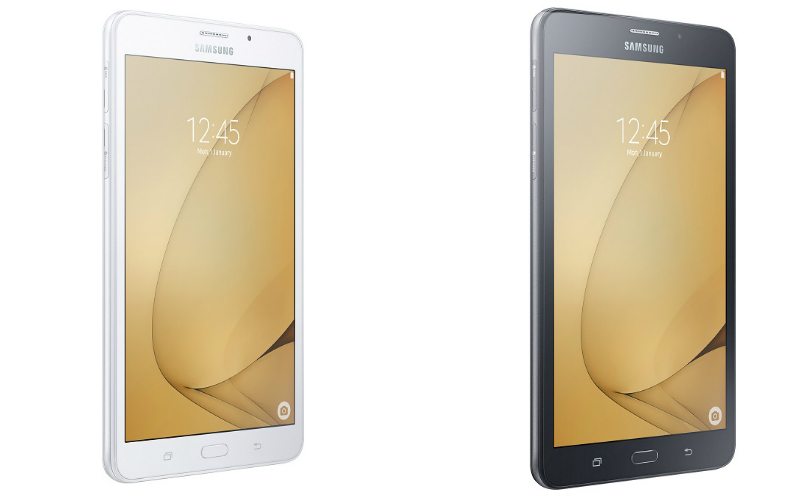 The tablet market is on a big path downwards, as there is not as much interest as before. The main reason for that is because many users don’t update their tablets as often as smartphones. Also, the increasing number of big smartphones do make the use of tablets vague. But, companies are still developing devices for this market, and Samsung might be one of the biggest ones. The Samsung Galaxy Tab A 7.0 is their latest tablet, so let’s see what it can offer.

In the tablet market, you can’t expect much in the design department. The main use for tablets are in the home, for the casual reading or consuming media. This reason alone makes up for companies to make them more durable, which in return hurts their looks. But, the Galaxy Tab A 7.0 is still a good-looking tablet. On the front, the 7” display with 1280×800 resolution fills most of the space, with the capacitive buttons right under it. On the back, you will find the camera, with the Samsung logo right under it. The fake leather design is nice to the touch and it does look like an upgraded Galaxy S5.

Performance wise, the Samsung Galaxy Tab A 7.0 is more than enough for the casual media consumer. The 1.5GHz quad-core Snapdragon processor will handle all tasks you throw at it. The 1.5GB of RAM might be on the low side, but it should be more than enough for the casual user. The internal storage is capped at 8GB, but you can further expand it to 200GB with the MicroSD slot. The tablet is powered from the 4000mAh battery, which should last you through your long media consumption sessions.

You’re probably not buying a tablet for the cameras, but if you need to do a lot of video calls, don’t worry. The Galaxy Tab A 7.0 is packing a 2MP front camera, a decent contender for video calls and occasional selfies. On the back, the 5MP camera is mediocre, but again, we don’t expect for you to go out and shoot pictures with a tablet.

The tablet comes with Android Nougat out of the box, with Samsung’s own skin on top of it. It is sad to see an Nougat device in 2018, knowing that Android Oreo has been out for more than a year. Some other notable feature is the inclusion of parental controls and Kids Mode. With this, parents can limit and restrict the time and content their kids access on the tablet. That way they won’t need to control it manually all the time. You can get the device in two color options: black and white.

The Samsung Galaxy Tab A 7.0 is currently available in India, with a starting price of $150. It will shortly start spreading to other markets in the following months.

So, what do you think of the Samsung Galaxy Tab A 7.0? And we’re curious: did you upgrade your tablet in the last year? Share your answers and opinions in the comments below.