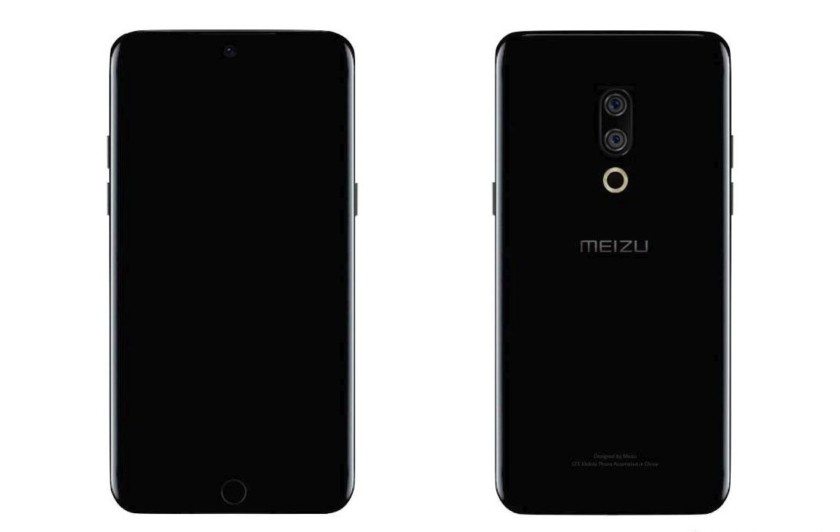 Meizu might not be the first name you hear when you go shopping for your new smartphone. But, the Chinese company is doing well in the Asian market, and they’re trying their best to expand further in the West. Today, we have some leaks about the upcoming Meizu 15, the company’s next flagship device. And from the looks of it, it does look like a nice smartphone. Read on to see all of the details!

The main source of these details are the recent renders that recently popped up on the internet. And although these are very dark, we can notice some details about the design. On the front, the display takes up most of the space, with the front camera being placed in the center of the top bezel. We can notice that the display is slightly curved on the edges, similar to the Samsung Galaxy S8. That means that there won’t be any side bezels, which is a nice thing to see.

Speaking of the display, we don’t have any details about how big it is, but we can see that it is packing the famous 18:9 aspect ratio. And considering how other companies started using that as well, it is no surprise to see it on the Meizu 15 either. A single button lies under the display, which also doubles as the fingerprint scanner. On the back, you will find the camera setup in the upper middle, with the Meizu logo right under it. From the renders, we can expect that the device will have a glass finish, a common material found among many other flagship smartphones these days.

Performance wise, the Meizu 15 is destined to take out many of the top tier contesters. It is speculated that the device will feature the recent Snapdragon 845 chipset, which is for sure the main chipset you will find all of the upcoming flagship smartphones. It will most likely be accompanied by 4 or 6GB of RAM, which is more than enough even for the most notorious multitaskers. The device will most likely come with 64 or 128GB of internal storage. And, I will not be surprised to see a MicroSD slot in it as well. There is no information about the battery, but considering the 18:9 display, we could expect for it to be in the 3000 to 4000mAh range.

Unfortunately, there aren’t any details about the camera setup. But, we can see that the Meziu 15 will feature a dual lens camera. It will most likely be a regular wide lens with a telephoto one for the famous portrait mode shots. The ring under the cameras is a bit interesting though. It might be the same 10-LED flash found on the older Meizu Pro 6 Plus. On the software side, we expect to find Android Oreo with the company’s skin on top of it.

The Meizu 15 is rumored to be announced on the company’s 15th anniversary in February. It will be first released in China, then slowly expanding to other countries. There aren’t any details about the price yet.

So, what do you think of these rumors about the Meizu 15? Share your opinions in the comments below.