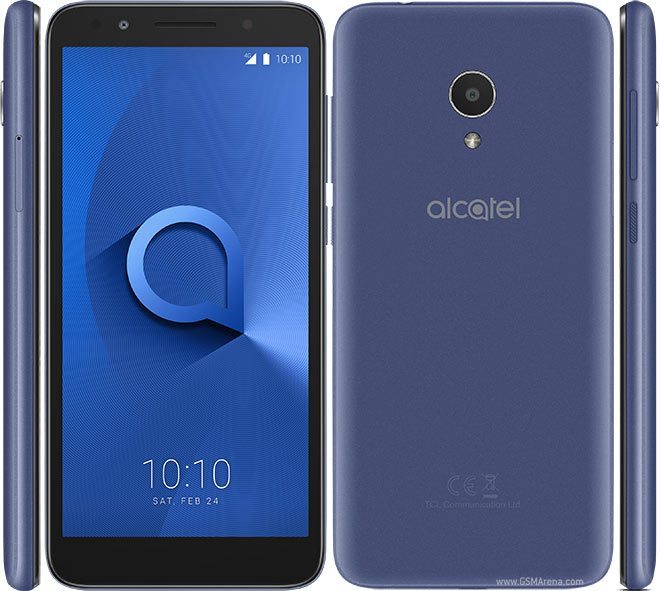 MWC 2018 is preparing its final steps for a full launch Monday, and companies has already started revealing their upcoming devices. Almost everyone I know is anticipating the announcement of the Samsung Galaxy S9, but that doesn’t mean that we should forget the other companies. Alcatel just announced their latest devices, but this one is the most exciting of the bunch. Introducing the Alcatel 1X – the first smartphone to ship with Android Go! Let’s take a closer look.

I’ll get to the main feature of the Alcatel 1X later on, but let’s talk about the design first. Normally, the design and build materials is where companies cut down when building a cheap smartphone. That is not the case with the 1X though, at least not that much. On the front, you will find the 5.3” 960 x 480 display. The good thing is that it packs the 18:9 aspect ratio, a design choice that is slowly becoming the standard for all smartphones. That also means that the bezels are slightly smaller, but they’re still noticeable. I wish that space was used for the navigation buttons, but they’re placed on the screen. On the back, you will find the single camera and flash combination on the top. The Alcatel logo sits proudly in the middle.

Starting with the performance, you probably shouldn’t be excited that much. This device is targeted for those that don’t want to spend a lot on a smartphone. So, the hardware inside is proportionally scaled down to satisfy the price. The Alcatel 1X packs a quad-core MediaTek processor, which is common among many other cheap devices. You’ll also get 1GB of RAM and 16GB of storage, so most basic tasks should be running fine. Just don’t expect to do hard multitasking work on it. Finishing the hardware part, the 1X will feature a 2460mAh battery, which should last you through a full day.

Switching over to the cameras, again, don’t expect anything extraordinary. The Alcatel 1X will come with a single 8MP lens on the back, accompanied by a single LED flash. On the front, you will find the 5MP camera. Both cameras are decent and will take good pictures in the daylight. But don’t expect any miracles in the night.

This is where the most interesting part comes – the Alcatel 1X comes with Android Go, Google’s version for lower devices. For those of you that don’t know, Android Go is a tuned-up version of Android Oreo that is aimed for devices with 1GB of RAM and lower. It packs in many optimizations that make it run smoothly, without the loss of many of the useful features. Plus, the operating system comes with special apps that use these enhancements. Named as Go, they’re also tuned down in memory size and removed some of the features without compromising their main task. You will find YouTube Go, Google Go, Gmail Go, Google Assistant Go, Files Go, and many others. Plus, inside the Play Store, there will be a special section that will display Android Go optimized applications.

The Alcatel 1X should be released in April this year, with a price at 100 euros.

So, there you have it. What are your thoughts on the Alcatel 1X? Share them in the comments below.