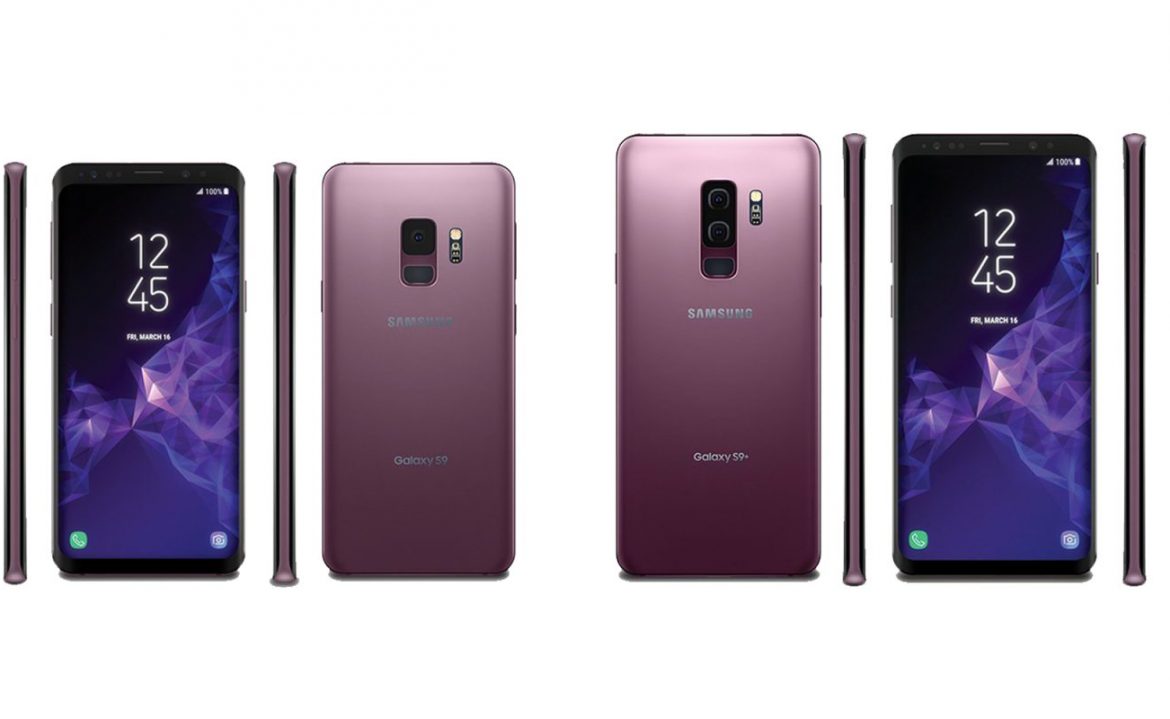 Finally, the wait is over. After many leaks and rumors about Samsung’s next flagship device, it is finally over. Today, at MWC 2018, the company unpacked the Samsung Galaxy S9 and S9 Plus – the new smartphones that every other company feared. And despite looking like the S8 on first look, it does offer many new features and hardware improvements. Let’s start!

We all already know how much appealing the design of the S8 is. It was a true premium phone – the tall screen on the front accompanied by the glass finish on the back gave a feel like it was infinite. The Samsung Galaxy S9 won’t be much different from it, with some of the key parts that the S8 lacked being improved. Starting with the screens, the Samsung Galaxy S9 packs a 5.8” 2960 x 1440 OLED display, while the S9 Plus increasing it to a 6.2” one. Both are packing the 18:9 aspect ratio as a part of the Infinity Display, and both have their length shortened for easier one hand use. On the back, you will find the camera setup in the middle, with the fingerprint sensor being moved under it. Samsung heard the calls from S8 users and they placed it in a more convenient spot.

Performance wise, you’re getting the best that is available right now. Both the Samsung Galaxy S9 and the S9 Plus come with the Snapdragon 845 chipset. This processor is improved in the graphic rendering and speed departments from the previous generation. On the memory side, you’re getting 4GB of RAM on the S9 and 6GB of RAM on the S9 Plus. The internal storage is capped at 64GB on both devices, and both have the option to expand it further with a MicroSD card. Finishing with the battery, the S9 packs a 3000mAh one, while the S9 Plus bumps it up to 3500mAh.

The camera is where Samsung improved the device the most, and this technology is the first to be present on a smartphone. Starting slowly, the Samsung Galaxy S9 comes with a 12MP main shooter, while the S9 Plus coming with a dual 12MP combo. Now, the aperture is where Samsung has improved, giving you the option to choose between two set apertures. You can shoot with f/1.5 in low-light situations or with f/2.4 for a wider depth of field. The software tunes that automatically depending on the situation, but you can also toggle it manually in the camera’s pro mode. As I said before, this can only be seen on professional cameras and DSLRs. It is the first time we’re seeing it on a smartphone. Finishing up with the front camera, both devices pack an 8MP f/1.7 lens.

On the software side, the Samsung Galaxy S9 and S9 Plus come with Android Oreo out of the box. It has “borrowed” and improved some features that can be found on other competitors. As an example, the Face Unlock has been further improved and it is much faster than the previous generation. If Animoji was one of the key features of the iPhone X, the Samsung Galaxy S9 now has the AR Emoji. It works almost the same as Animojis, with the added possibility for the device to create a custom cartoony character of your face. You can also check how much calories have the food you’re currently eating by taking a picture of it. That is being sent into Samsung’s health app, so you could easily track your daily calories intake.

The Samsung Galaxy S9 and S9 Plus will be available for pre-order on the 2th of March. The release date is scheduled on March 16th. The prices will mostly remain the same as last year. The Galaxy S9 will cost $719, while the S9 Plus going for $839.

So, there you have it. What are your thoughts on the Samsung Galaxy S9 and S9 Plus? Share them in the comments below.

One thought on “Samsung Galaxy S9 and S9 Plus officially announced!”