The new Moto G6 family of smartphones was announced! 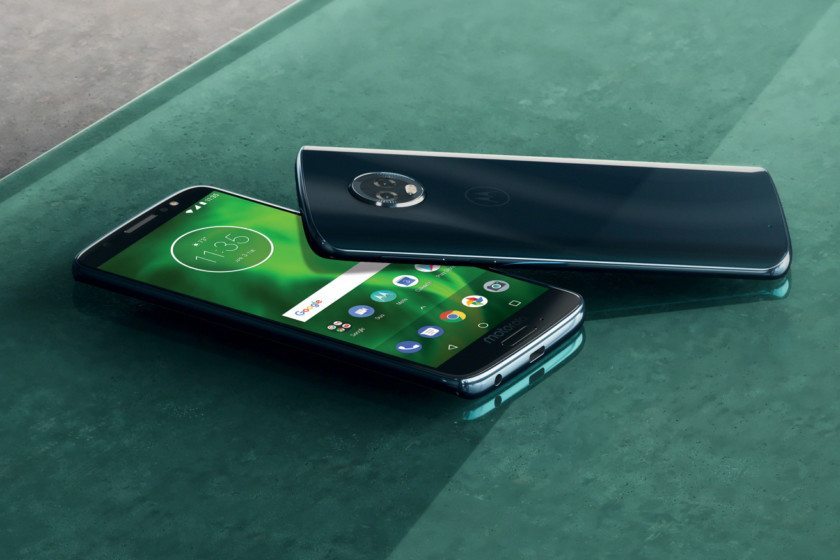 Motorola was one of the best companies that offered smartphones with great performance for a low price. The clean Android, extra features and performance and decent design made their devices wanted by many. Today, the competition got scarier, and they’re trying their best to remain at the top. We’ve seen many great budget devices from companies like Honor and Xiaomi. Well, Motorola made an answer to many of them with the Moto G6 family of smartphones. Let’s take a closer look at the Moto G6, Moto G6 Plus and Moto G6 Play.

Starting with the regular Moto G6, we can notice that Lenovo is trying hard to keep the Motorola fame up. They’re also keeping up with the latest trends, as the device is carrying the now common 18:9 aspect ratio. The display is 5.7” with 2160 x 1080 resolution, which means that you’ll get a detailed and sharp image. On the inside, the Moto G6 carries the Snapdragon 450, currently the best midrange processor. It is accompanied by either 3 or 4 GB of RAM and either 32 or 64GB of internal storage. The rear camera setup is consisted of a 12MP + 5MP combo with f/1.8 aperture. On the front side, you’re getting a single 8MP shooter – decent for all of your selfies. The device will be available in four color options: deep indigo, black, blush and silver. It should be released in May or June across different countries.

Switching over to the bigger brother of the bunch, the Moto G6 Plus is for sure bringing on more power. On the outside, you’re still getting the same package. The display is a bit bigger in size, capping at 5.93”, but the resolution is still the same – 2160 x 1080. But, the real excitement is on the inside. Starting with the processor, the G6 Plus is upgraded to the Snapdragon 630. The octa-core 2.2GHz chipset is guaranteed to offer you great performance, with the Adreno 508 smoothly handling the graphics. They are accompanied by 4 or 6GB of RAM, more than enough even for the most notorious multitaskers. Speaking of storage, the Plus is bumping the capacity up to 64 or 128GB. The camera setup is the same as the regular G6, while the battery is a tad bigger at 3200mAh.

Finishing with the Moto G6 Play, this is the smallest member of the Moto family. And we can see it in some of the details about it. Starting off with the display, the G6 Play features a 5.7” panel with 1440×720 resolution. That is a big downgrade, but considering the starting price, we can forgive it. On the inside, you’re not losing that much. The chipset is the Snapdragon 427, and it is accompanied by 2 or 3 GB of RAM. While we’re talking memory, the device also features 16 or 32 GB of internal storage. The single rear camera is capped at 13MP, while the front one is, as the others, sitting at 8MP. Finishing off with the battery, this one has the biggest of the bunch – a 4000mAh one.

All devices will ship with a near-stock version of Android Oreo. Also, all can handle dual SIMs and be expanded with MicroSD cards up to 128GB. So, what are your thoughts on the Moto G6 family of smartphones? Share your opinions in the comments below.