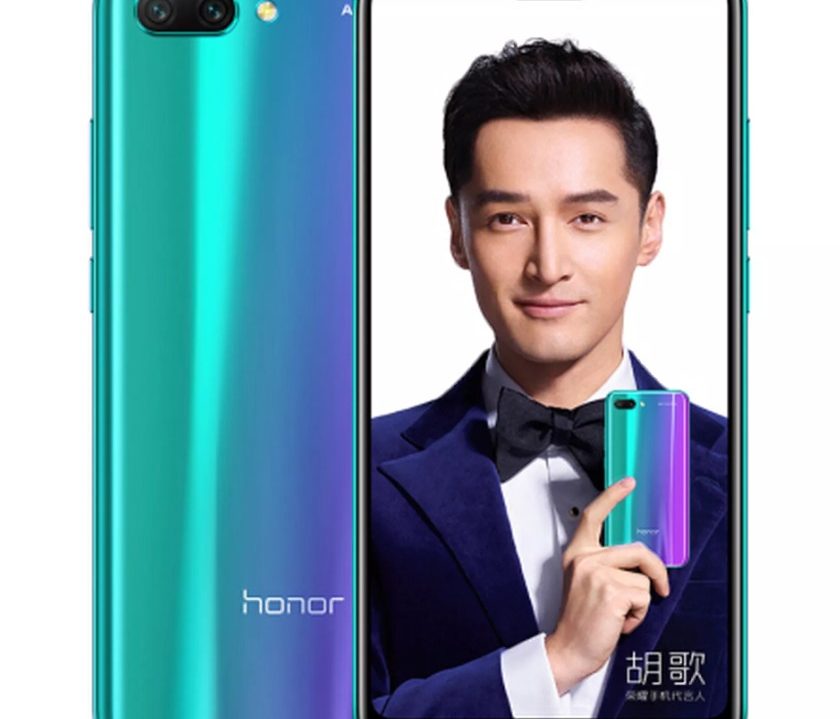 Honor is one of the companies that offer great devices for a lower price than your average competitor. The sub-brand of Huawei did extremely well across Asian and European countries, and they’re still holding well to some of the more notable brands. Recently, we saw the Honor 7A and Honor 9 Lite, two devices for different budgets that offered great value. And now, the company announced the Honor 10, their take of a flagship for 2018. It packs many interesting features in it, so let’s dive in!

Starting with the design, we can see that Honor borrowed some of the P20s greatest features. We’re speaking for the color here, as the Honor 10 can be bought in the Twilight color shifting option. It shifts between shades of pink, blue and purple, giving it a stunning look. The 2.5D on the rear makes the colors really stand out, aside from making the device have a premium feel in the hand. On the front, the 5.84” LCD display takes up most of the space. It has 2280 x 1080 resolution and 19:9 aspect ratio. Unfortunately for some, it also has a notch that houses the front camera and sensor. On the bottom chin, you will find the fingerprint sensor. Rotating to the back, the camera setup is in the top corner, with the Honor logo in the bottom.

Moving on to the performance, you’re going to get the best there is available right now. The chipset inside the Honor 10 is the Kirin 970. It’s made from Huawei themselves, and it is packing a lot of power inside it. Accompanying the processor are the 6GB of RAM, more than enough for all of you multitaskers. Speaking of memory, the device comes with either 64 or 128GB of internal storage. Unfortunately, the 128GB version might remain in China only, so you’ll have to settle with 64GB. Finishing the internals, the 3400mAh battery should be more than enough to last you through a full day. Quick Charge support is also available for those moments when you need to get some juice fast.

The Honor 10 is featuring a dual camera setup on the back, with a single shooter on the front. The rear camera setup is consisted of the regular 16MP sensor accompanied by a 24MP monochrome sensor. Both lenses have f/1.8 aperture and from the sample shots, we can see that both sensors are great. On the front, the 24MP f/2.0 camera will be great for all of your selfies and vlogs. Both cameras are enhanced with AI capabilities, similar to those found on the Huawei P20. The front camera also has similar portrait modes as those found on the iPhone. Again, we would need to test it out thoroughly to give out our opinions, but we’re not expecting anything bad.

On the software side, the Honor 10 comes with Android Oreo 8.1 out of the box, behind the EMUI 8.1 skin. It is heavily modified but packs many useful features.

So, what are your thoughts on the Honor 10? Share them in the comments below.