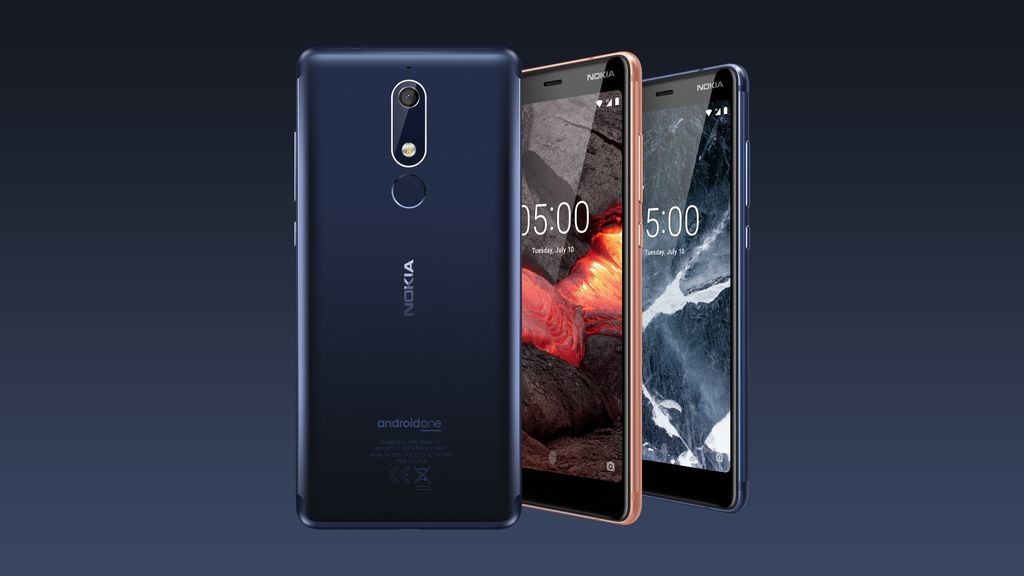 HMD Global, the company that has the rights for the Nokia brand, made a miracle of it in the past years. They released a bunch of great smartphones for every different budget. The best thing about them is that they come with excellent hardware for the price and a stock version of Android. Updates up until now have been timely, and the company has no intent of stopping that. In fact, all of their new devices will be released under the Android One program. That guarantees two years of OS upgrades and three years of security updates. And now, we have the next versions of their budget smartphones. Meet the Nokia 2.1, Nokia 3.1 and Nokia 5.1!

Starting with the smallest one, the Nokia 2.1 is one of the newest smartphones under the Nokia family. And it is the one that got most of the updates, while keeping the same price at $115. The display has been increased up to 5.5” with 720p resolution. To use up the space, the device is getting dual stereo speakers on the front. The back is made from polycarbonate, a material commonly found on budget devices. On the inside, you’re getting the Snapdragon 425, 1GB of RAM and 8GB of storage. The cameras are mostly the same – 8MP on the back, 5MP on the front. And so is the battery – you’re still getting the massive 4000mAh one, that will easily last you through two full days of use. Inside, the device is running Android Oreo (Go edition). The Nokia 2.1 will be available in three different color schemes in July.

The original Nokia 3 is the company’s most successful smartphone, and they continued to bring out the value in the updated one. The Nokia 3.1 brings a better display – 5.2” 720p that is joining in on the 18:9 aspect ratio train. The build is similar to the original – metal chassis and a polycarbonate back. Nokia made most of the upgrades on the inside, so you’re getting the MediaTek 6750 chipset, 2 or 3GB of RAM and 16 or 32GB of internal storage. With the cameras, you’re getting a 13MP rear one and an 8MP front. Rounding up the internals, the device features a 2990mAh battery. As the others, the device is running Android Oreo, and it’s the cheapest Nokia device in the Android One program. Prices start at $160 for the 2/16GB one and $195 for the 3/32GB one. The device will be available for purchase in the following weeks.

The biggest of the bunch, the Nokia 5.1, is probably one of the most stylish smartphones in the budget market. It is designed from a block of series 6000 aluminum, giving it a premium feel in the hand. The display is a 5.5” IPS panel with 2160 x 1080 resolution and 18:9 aspect ratio, a boost from the original version. On the inside, you’re getting the MT6755S processor, 2 or 3GB of RAM and 16 or 32GB of internal storage. The battery is capped at 2970mAh, and it will easily last you through a full day of use. In the camera department, the rear camera gets an upgrade to a 16MP PDAF shooter, while the front one is an 8MP wide angle shooter. The device also runs Android Oreo and has guaranteed updates for three years. Prices will be around the $250 mark, with availability starting in the following weeks.

So, there you have it. These were the three new smartphones joining the Nokia family. What are your thoughts about them? Share them in the comments below.