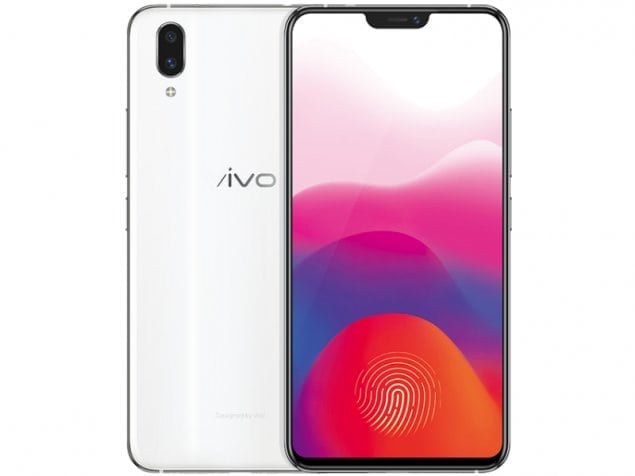 Vivo was in the talks a lot at the beginning of the year. Back at MWC and CES, they revealed their first prototype smartphone that had a fingerprint sensor under the display. Later on, they made that prototype available to a wider public, and people liked the idea. Today, we have their latest smartphone to implement this feature, and also carry the title to be the first one available for the public. Meet the Vivo X21!

Starting with the design, we can clearly see that Vivo is the next company to implement a notch in their smartphones. The Vivo X21 has a relatively small notch, and you’ll ignore it most of the times. The display is a 6.28” AMOLED panel with 1080 x 2280 resolution and 19:9 aspect ratio. The fingerprint sensor is behind this rich panel, and you can slightly notice it in direct sunlight. On the back, you’re getting the dual camera setup and the Vivo logo only. That gives the device a clean look, and the aluminum build enriches that.

On the inside, judging from the hardware, we can safely say that this is a midrange device. But in the tests, the Vivo X21 did extremely well, handling all tasks we threw at it. Starting with the processor, the device features the Snapdragon 660, a solid midrange offering from Qualcomm. It is accompanied by 6GB of RAM, more than enough to satisfy even the most notorious multitaskers. Speaking of storage, the device is also equipped with 128GB of internal storage, that can be further upgraded with a MicroSD card. That alone can assure most of you heavy multimedia users out there that the Vivo X21 got you covered. Finishing up the internals, the 3200mAh battery will easily last you through a full day of use.

Switching over to the cameras, the Vivo X21 is packed with a dual camera setup on the back and a single shooter on the front. On the back, you’re getting a main 12MP shooter with f/1.8 aperture and a secondary 5MP telephoto shooter with f/2.4 aperture. The second sensor is used for the famous portrait mode, blurring the background around your subject. On the front, you’re getting a single 12MP shooter with f/2.0 aperture, and it packs in some nice features to improve your photos. It can also do Face Unlock surprisingly better than some other smartphones, but I’d still stick to my fingerprints.

On the inside, the Vivo X21 ships with Funtouch OS 4, built on top of Android Oreo. You can notice from miles away that this is a lookalike to the iOS’s design, but it also packs in some nice features. As I’ve said many times before – this is Android, so you can customize most of the stuff per your preferences. I personally don’t like the trend of copying iPhones, but others like it. And that’s how companies work – satisfying the needs of their customers.

The Vivo X21 is currently available for purchase in China only, with prices starting at around $455. It should become available in other markets in the upcoming months.

So, what are your thoughts on the Vivo X21? Share them in the comments below.