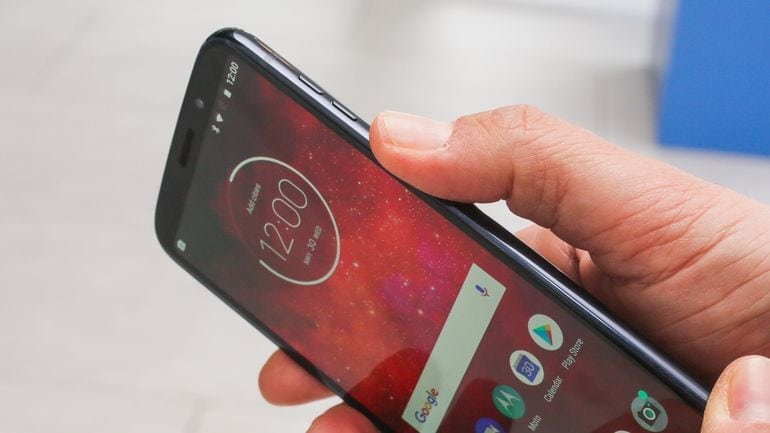 Motorola is in a pretty tight spot now, mostly because of the fierce competition in the midrange market. We’ve seen many companies (mostly Chinese) that entered the western market with excellent midrange smartphones. They pack in great hardware and design for a small price, making them more appealing to the consumers. Motorola is still holding on to that, and we’ve already seen the Moto E and Moto G families of smartphones. Today, we have the Moto Z3 Play, a higher midrange device from the subcompany of Lenovo. Let’s see what it can offer!

Starting with the design, the Moto Z3 Play is clearly heading into flagship territory in this department. The glass back and metal frame give it a nice, premium feel in the hand. On the front, you’re going to find the 6” AMOLED display with 2160 x 1080 resolution and 18:9 aspect ratio. Because of the larger screen, the fingerprint sensor is moved to the side, right under the volume buttons. The only downside of this is that it’s not a power buttons as well, a concept we’ve most seen on Sony smartphones. Instead, the power button is moved to the left side. On the back, the dual camera setup is placed in the middle. Motorola kept to their promise and made Moto Mods available for this device too, up to the last three generations.

Going on to the performance, the Z3 is clearly a midrange device. Starting with the chipset, you’ll find the Snapdragon 636 processor inside. It’s going to handle almost every task you throw at it. It is accompanied by 4GB of RAM, which should satisfy the moderate multitaskers. Speaking of memory, you’re also going to get either 64 or 128GB of internal storage. Unfortunately, its not expandable, but it should be more than enough for all of your files. Rounding up the internals, the Z3 Play features a 3000mAh battery. It should easily last you through a full day, and Motorola’s TurboCharging technology should top it up fast.

In the camera department, Motorola is bringing the dual-camera craze to the Moto Z3 Play. On the back, the device features a main 12MP shooter with f/1.7 aperture and a secondary 5MP shooter. The second camera is clearly used for Portrait mode, those famous bokeh shots with blurred backgrounds. The demoed pictures have good dynamic range and color saturation. On the front, you’re going to get a single 8MP shooter with f/2.0 aperture. It’s more than enough for all of your selfies or video calls.

Finishing with the software, like all of the other Motorola devices, the Z2 Play also runs stock Android Oreo 8.1. And just like the others, the only features added are the Moto actions that everyone loves. Unlike other devices, these are commonly used, like the double chop to turn on the flashlight or the double twist for a quick photo capture. Overall, you’re getting a decent package.

The Moto Z3 Play is available for purchase in select countries like the US or Brazil, with more to come. Prices start at $500 for the 64GB version.

So, what are your thoughts on the Moto Z3 Play? Share them in the comments below.