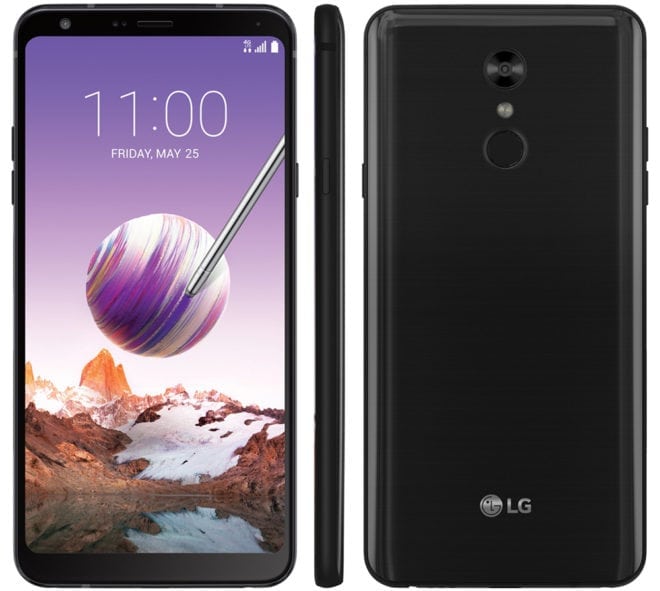 Samsung is one of the first smartphone manufacturers to make a special series that include a stylus. The Note series are the most premium smartphones available to the customers. They offer a lot of great features that make the best use of the stylus, while packing powerful hardware inside the body. But now, you don’t have to pay more than $800 to get a smartphone with a stylus. Introducing the LG Stylo 4 – LG’s take on a smartphone with a stylus, for a much lower price. Let’s take a look at it!

Starting with the design, the LG Stylo 4 is keeping up with the trends of 2018. Starting with the front, we can clearly see a tall display without any notches. The 6.2” display 2160 x 1080 resolution and 18:9 aspect ratio. The bezels are a bit bigger compared to the Note, but it’s not that much big of a deal. Rotating to the back, you can see the camera setup in the middle part of the top, with the fingerprint sensor right under it. The sleek metal finish has a nice feel in the hand, mostly thanks to the curved edges. The stylus pops out from the bottom side of the device.

Going over to the hardware, the LG Stylo 4 features midrange internals that justify that will handle moderate tasks. Starting with the chipset, the device features the quad-core Snapdragon 450 processor. This is chipset is known for its power efficiency and will handle everyday tasks swiftly. It is accompanied by either 2 or 3GB of RAM, depending on the model. We’re always recommending the 3GB version, as you’ll mostly want to do some multitasking on a device with a stylus. Speaking of memory, the device also features 16GB of internal storage. It is a decent amount, but it can be expanded further thanks to the MicroSD card slot. Rounding up the internals, the device is powered by the 3300mAh battery. It should easily last you through a full day and it is Quick Charge compatible.

Going over to the cameras, the device features single shooters on both sides. On the back, you’re getting a 13MP shooter. It will take excellent pictures with good color saturation and decent dynamic range. On the front, you’re getting a 5MP wide-angle shooter. It’s perfect for all of those selfies where you have to capture all of your friends in a single photo.

Finishing with the software, the LG Stylo 4 is rocking Android Oreo 8.1 out of the box. It has LG’s own skin on top of it, which packs a lot of useful features and it’s close to stock. Aside from that, the device has some special features implemented for the stylus. You can set the device to launch your favorite note-taking app when taking the stylus out. Aside from that, you can also jot down notes without turning on the display. The stylus can create GIFs from videos, and it can also magnify text when reading.

The LG Stylo 4 is available for purchase in select carriers. Prices start at $180 for the 2GB RAM and $230 for the 3GB version.

So, what are your thoughts on the LG Stylo 4? Share them in the comments below.

One thought on “LG Stylo 4 announced!”