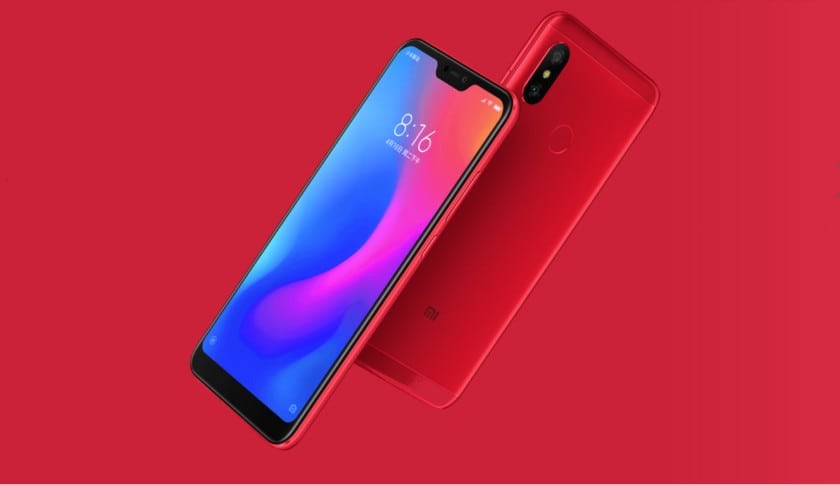 Xiaomi is one of the best brands that offer value smartphones for a smaller price. The Chinese company started expanding in the western markets at the start of this year. With that, they have no plans in stopping the production of new smartphones and gadgets. The Redmi series is well known among Asian markets. They’re one of the cheapest smartphones available that offer great hardware and premium design. And now, the company announced the Xiaomi Redmi 6 Pro. Let’s see what’s in store for this device.

Starting with the design, the Xiaomi Redmi 6 Pro has a great feel in the hand. The nice aluminum finish with the rounded sides give the device a premium look. On the front, you’re going the find the 5.84” display with 2280 x 1080 resolution and 19:9 aspect ratio. There is also a notch on the top, which could be a deal-breaker for some people. It is small though, giving you more space on the notification bar. The taller screen means for smaller bezels, with the chin on the bottom being the largest one. That space could have been used for capacitive buttons, but Xiaomi opted for software ones. Rotating to the back, you will find the camera setup in the top corner, with the fingerprint sensor in the middle.

Going over to the hardware, you’re probably expecting a lot from a Pro device. Inside, the Snapdragon 625 is the processor of choice. The chipset will handle most of the tasks you throw at it. It is accompanied by either 3 or 4GB of RAM and 32 or 64GB of internal storage. Naturally, we’d go for the higher version, at least in the RAM department. For the internal storage, it is up to you to decide. Rounding up the internals, the device is powered by a 4000mAh battery. This one will easily push through a day and a half of use.

On the back, the Xiaomi Redmi 6 Pro features a dual camera setup, as you’ve probably guessed. You’re getting a primary 12MP shooter with f/2.2 aperture and a 5MP secondary shooter for portrait mode shots. As with many other smartphones, I don’t expect anything special from the bokeh mode, but it’s a nice feature to be had. On the front, you’re getting a single 5MP shooter that should be more than enough for the casual selfie shots. Aside from that, all cameras are enhanced with AI software features that should improve the quality of the shots.

Speaking of the software, the device comes with MIUI 9, based on Android Oreo 8.1. It is a heavily customized skin, and you’ve probably noticed that it takes inspiration from iOS. Nevertheless, the software still has nice features and design choices that are quite useful. In fact, it is one of the best skins for Android as voted by worldwide customers.

The Xiaomi Redmi 6 Pro is available for purchase in most Asian markets, with more to follow up. Prices start at $153 for the 3/32GB version up to $200 for the 4/64GB version.

So, what are your thoughts on the Xiaomi Redmi 6 Pro? Share them in the comments below.