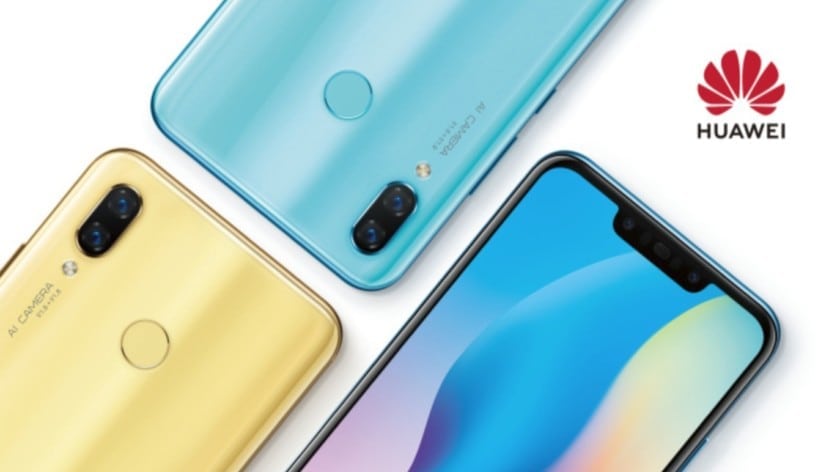 Despite the bans at the major carriers in the US, Huawei is enjoying the glory across the other continents. It is currently the second largest manufacturer in the world, surpassing Apple. And with a lot of great devices lately, we’re not expecting them to leave the top spot anytime soon. The Huawei P20 and P20 Pro brought a lot of new features, including the three rear cameras. Today, we’re taking a step back, as we have some details about an upcoming midrange device. Officially teased by the company themselves, the Huawei Nova 3 stopped by the TENAA. Let’s see the details about it.

Starting with the design, the images teased by Huawei reveal that the device looks quite similar to the Huawei P20. That is true for both the back and the front, as you can see on the teaser image. On the front, the device is rumored to feature a 6.3” FullView display with 2340 x 1080 resolution. Unfortunately, it has a notch, though it has the possibility to be hidden, as on the P20. The bezels are small though, and the display should have vivid colors. Rotating to the back, we can see the dual-camera setup in the same placement as the P20. The fingerprint sensor is in the middle, and you can notice the different color options on the glass back.

Performance wise, the Huawei Nova 3 is clearly aimed towards the midrange market. Starting with the chipset, the device is going to feature Huawei’s Kirin 710 processor. It will handle most of the tasks you throw at it swiftly. Moving over to the memory, there will be a 4GB and a 6GB version available for your personal preference. The details suggest of two different storage options also – 64 or 128GB. There is no information about MicroSD expandability, but both options should be more than enough. Lastly, the listing suggests that the battery inside the Nova 3 will be capped at 3650mAh. It should last you easily through a full day of use.

Moving over to the cameras, the device is going to feature a dual camera setup both on the back and the front. On the back, there is a primary 24MP shooter with a secondary 16MP one. Meanwhile, on the front there is again a primary 24MP shooter with a secondary 2MP shooter. There aren’t any other specific details, but judging from other Huawei devices, we’re expecting decent quality on both sides. Also, you can notice the AI badge next to the rear camera on the back, suggesting that both will have AI enhancements.

Finishing with the software, we’re definitely expecting Android Oreo out of the box, behind Huawei’s own EMUI skin. The skin is quite similar to the looks of iOS, which could be a deal breaker for some. Nevertheless, it packs many useful features that are worthy to the user. Aside from that, the AI-enabled chipset will bring a lot of different AI enhancements across the device.

There is no exact date, but judging from the Nova 2, we could see the device revealed later this month.

So, what are your thoughts on the rumors for the Huawei Nova 3? Share them in the comments below.