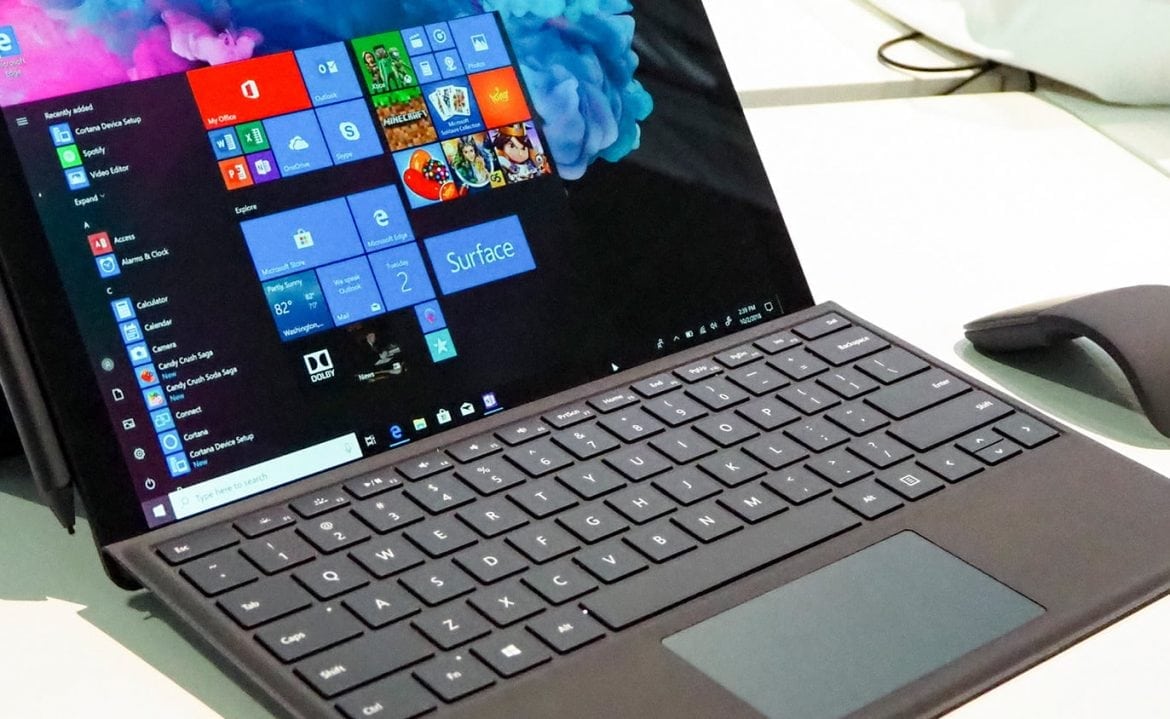 Microsoft did a lot of internal improvements over the past few years. They released Windows 10, one of the best upgrades in the operating system since Windows 7. A bunch of new devices were released, all carrying the Surface name. And probably the biggest surprise of all – they slowly started shifting towards the open – source world. And considering how they were the arch enemy of it, it’s clear to say that Microsoft has changed a lot – for the better. Recently, they announced the Surface Go, their cheapest device targeted towards students. And now, they’ve upgraded the rest of their lineup. In this one, we’re taking a look at the Microsoft Surface Pro 6. So, let’s see what is new!

Starting with the design, you won’t find any new noticeable changes here. The biggest change is the new color option – matte black. It looks pretty sleek and it gives the device a premium, stealthy look. Other than that, you’re look at pretty much the same device. However, that doesn’t mean that its not good looking. The metal build has a premium feel, and from the previous model, we’re guaranteed that it will age well. Furthermore, the Alcantara finish is nice on your hands when you’re typing, and it’s improved to smudge less. Travel time on the keyboard has been improved, along with the reduce in noise when you’re typing. The kickstand is outstanding and can be adjusted in different angles. Overall, it’s a good-looking device, and the new color could be the only thing to expose that.

Staying outside for a bit, this is where we’re a bit disappointed. The selection of ports is decent for a device in 2018. You have a single USB-A port, Mini DisplayPort for monitor connectivity, the Surface connector for charging and a 3.5mm headphone jack on one side. However, the exclusion of a USB-C port is the biggest drawback. Considering that it’s 2018 and many devices are using USB-C for charging, releasing a new device without it could be a deal breaker for some. Their new headphones – the Microsoft Surface Headphones – are using USB-C for charging. Sadly, this device doesn’t.

Neglecting the previous issues and going on the inside, this is where the Microsoft made the most changes. The Microsoft Surface Pro 6 comes with the newest 8th generation processors from Intel. As with the Surface Laptop 2, the Pro 6 also features the i5 and i7 processors. Normally, the i7 is faster than the i5, but you should choose depending on your needs. The memory options are also upgraded. For RAM, you can choose between 8 and 16GB, while for storage, you have options between 128GB and 1TB. The disks are SSDs, giving you the best speeds possible. Finally, Microsoft claims up to 13.5 hours of battery life on a single charge. Considering the previous devices and their excellent batteries, we’re not expecting this to be that far off.

The Microsoft Surface Pro 6 is available for pre-order on Microsoft’s website in the US. More markets will follow up in the upcoming months. Prices start at $900 and can go all the way up to $2300.

So, what are your thoughts on the Microsoft Surface Pro 6? Share them in the comments below.