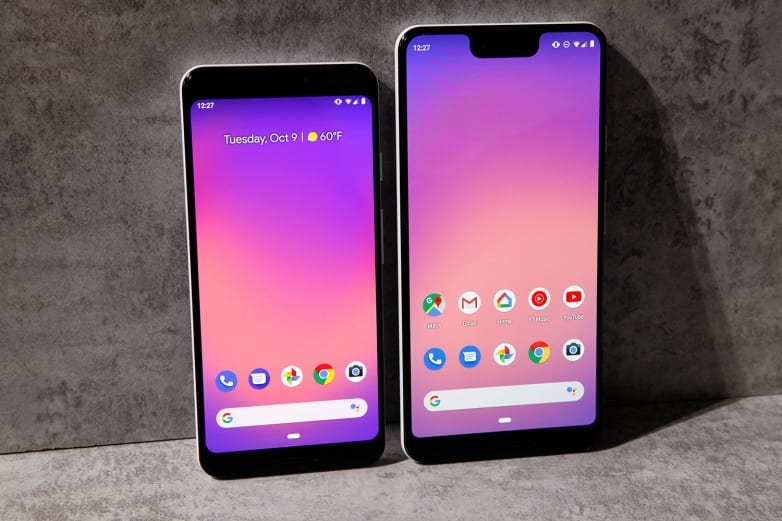 Google is one of the biggest software giants in the world. We all use their services every day – Google, Gmail and YouTube are some of the many. However, Google is also present in the hardware market as well. They’ve been creating many different devices, but they’ve struggled on one part only – smartphones. However, since the original Pixel smartphone, that have changed. It was one of the best smartphones to own if you’re an Android purist. And the camera was the best, thanks to Google’s advance software image processing. That continued on to the Pixel 2 and now the wait is finally over. After months of fully leaked images and reviews, the Pixel 3 is officially announced. Let’s take a closer look at it.

Starting with the design, everything you saw on the leaks was true. The device is mainly keeping up on the design notes of the Pixel 2 with the dual toned back. This time, it comes in three different color options: Just Black, Clearly White and Not Pink. Yes, those are the actual color names. The power button on the latter models are painted in different colors, again similar to Pixel 2. However, the back is a bit changed – the second part has the feel of a frosted glass. It’s specially designed for Google and it gives it a nice look. As a bonus, fingerprint smudges are not seen easily there.

As for the front, I’m sorry, but the Google Pixel 3 XL does have that ugly notch. The baby face that is always watching is pretty big, and Google definitely could have done a better job for that. While we’re here, the display is great and much better than on the Pixel 2. The XL has a 6.3” OLED panel with 1440 x 2960 resolution and 18.5:9 aspect ratio. On the other hand, the regular Pixel 3 has a 5.5” display with 1080 x 2160 resolution and 18:9 aspect ratio. Here, you won’t find a notch, and that might push this one higher in the sales compared to the XL.

On the inside, again, the leaks confirmed it. Both devices will feature the Snapdragon 845 processor with the Adreno 630 GPU. They’ll have 4GB of RAM and 64 or 128GB of internal storage. Finally, the other place where they differ is the battery. The regular Pixel 3 rocks a 2915mAh battery, while the Pixel 3 XL bumps that up to 3430mAh. Both will last you through a day of use.

The biggest changes are in the camera. As expected, Google still kept a single 12.2MP shooter on the rear with f/1.8 aperture. The software does most of the job, and Google has made some improvements in their HDR technology. Aside from that, there are few new modes that improve your experience. Top Shot captures alternative frames between and after your shot, giving you the option to choose a different frame. That would be quite useful in examples where someone blinks. The upcoming Night Sight mode will make night photos incredibly detailed. On the front, you will find two different 8MP sensors. The first is a regular one with f/1.8 aperture, while the second is an ultrawide one with f/2.2 aperture. With the ultrawide, you can get incredibly wide shot to fill all of your friends in your selfies.

Finally, both the Google Pixel 3 and Pixel 3 XL run on Android Pie 9.0. It’s packing a lot of new improvements, like the redesigned navigation system, Digital Wellbeing and more. The best of the bunch might be the call screening one. That allows you to enable a digital system to talk to your caller, which displays you all of the information it receives. So, you can dismiss it or pick it up at any time.

So, what are your thoughts on the Google Pixel 3 and 3 XL? Share them in the comments below.