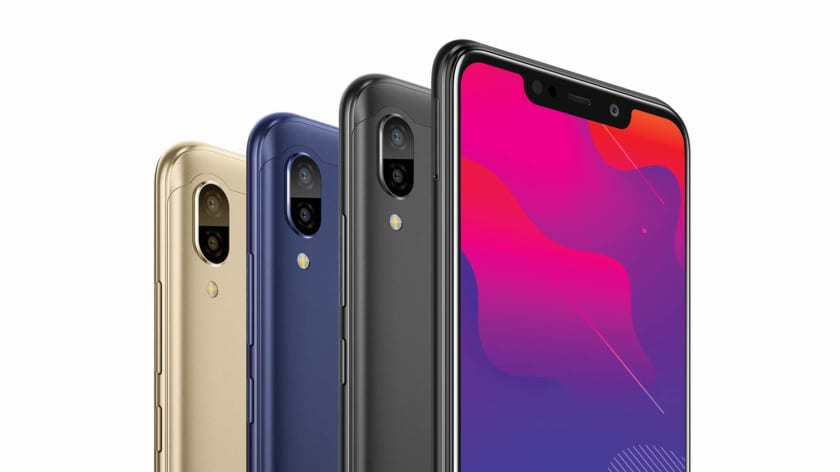 We all know that the big manufacturers are eating up the competition in the smartphone market. It’s harder for smaller companies to compete among the Samsung’s and the Apple devices. However, not everyone can afford a premium smartphone, and most of the times, these big companies are not excelling in the budget market. Xiaomi is a good example of a great brand with excellent smartphones for a small price. Many other are also trying their best to compete here also. Panasonic might not be the first one you think of, but they’re long in the smartphone game. Recently, they announced their premium devices, the Eluga X1 and X1 Pro. Now, they launched their newest budget offerings – the Panasonic Eluga Z1 and Z1 Pro. Let’s take a closer look at them!

Starting with the design, both devices share the same design choices of most budget smartphones in 2018. That means an aluminum back and body, with a glass front. The camera setup is commonly placed in the top corner, with the fingerprint sensor in the middle. There will be three color options to choose from: Black, Gold and Blue. On the front, you have the 6.19” LCD display. It has 1500 x 720 resolution and 19:9 aspect ratio. It also features a notch, and it’s sadly the wide one. The bezels are slim though, with the biggest one being the bottom chin. The device has a nice feel in the hand, and the curved edges definitely complement that.

Going inside, you’ll get a clear view at the budget orientation Panasonic went for. However, they do pack a punch. Starting with the chipset, both devices pack the MediaTek Helio P22 processor. It should handle most tasks without any problems, but you could also expect stutter on higher end games. For memory, this is the only place where the two phones differ. The Panasonic Eluga Z1 features 3GB of RAM and 32GB of internal storage. On the other hand, the Eluga Z1 Pro feature 4GB of RAM and 64GB of internal storage. Finally, both come equipped with a 4000mAh battery. It should easily last you up to two days of use, and the power efficient processor definitely helps in that.

Jumping over to the cameras, the phones come with a dual camera setup on the back and a single shooter on the front. On the back, you have the primary 13MP sensor with f/2.0 aperture and the secondary 2MP depth sensor with f/2.8 aperture. They should take decent pictures in good lightning conditions. On the front, you have the single 5MP shooter with f/2.2 aperture. For the casual selfie or video call, it should be more than enough. For video, the device can shoot up to 1080p in 30fps.

Finally, the Panasonic Eluga Z1 and Z1 Pro come with ARBO Hub, a special skin based on Android Oreo 8.1. It packs a lot of features, mostly based on AI, that should improve the use of the device.

So, what are your thoughts on the Panasonic Eluga Z1 and Z1 Pro? Share them in the comments below.