Well I’m sure you know the routing, the first sniff of a new smartphone on the horizon and the rumours avalanche on what to expect, and none more so that with the smartphone of smartphones the iconic iPhone, and usually these rumours are followed by the iPhone concept.

The iPhone concept, what designers think the next iPhone will look like in their artistic eyes. You’ve seen them before and no doubt will see more and more of them.

So with that in mind we have a concept of the iPhone 4G for you today, well a couple really; the iPhone Ultra, iPhone Delux or Luxe (iGame) and the iPhone Long Future, all designed by hdi according to an article over on concept-phones.

The iPhone Ultra pictured above, apparently sports an OLED display, 5.2 megapixel camera, 4G, WiFi, Bluetooth, iPhone OS 2.7?, 64GB memory, 18 hours of video playback and 48 hours of audio, and made from Titanium and glass.

The iPhone Delux/Lux/iGame which is a concept that has the iPhone turn into a gaming device through attaching a directional pad and keyboard and has a dark casing with mauve highlights. 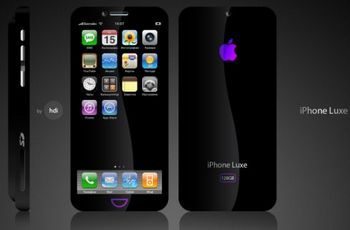 The iPhone Long Future, so the article says is reminiscent to that of an Intel smartphone which was showcased during a tech show some months ago. 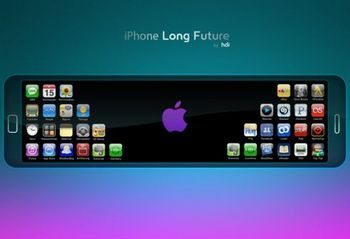 So there you have it, three interesting concepts from one designer on what they think the iPhone 4G should look like, what do you think, do you agree?