As you are no doubt aware, Amazon is entering into the mobile app offering game by launching the Amazon Appstore and will be in competition with Google’s Android Market. But so far not much other than Amazon gaining exclusivity over Angry Birds Rio for Android is known.

However, according to an article over on Softpedia, the guys over at Android News decided to slap http://www.amazon.com/apps into their address bar and were treated to a view of the new Amazon Appstore, although if you try it now you just get the Amazon home page.

They did manage to grab a few screenshots of what the Amazon Appstore will look like though along with some prices for the Android apps and a comparison against the Android Market app prices which can be checked out on their website.

The apps captured in the screenshot range from $9.99 for the “EasyTether” app right the way down to $0.10 for “Where is the red” app, although I couldn’t see any free Android apps in the screenshot.

The word is that once the Amazon Appstore goes live, users purchasing apps from the store can install said apps on any Android device as apparently the software will be auto-tied to the user’s account.

With Amazon letting the Appstore slip out like this, guesses are they can’t be that far away from launch. Will you be hitting the Amazon Appstore for your apps rather than the Android Market? 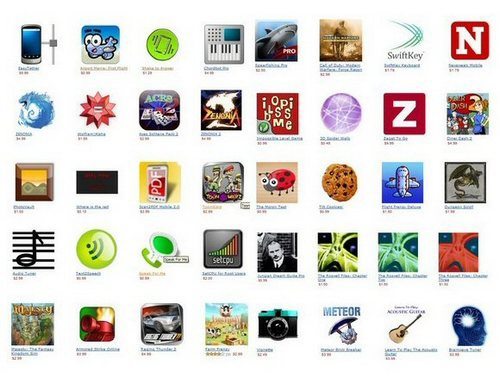