The guys over at Wireless Goodness have been at their usual snooping of the Federal Communications Commission flies and have come across the Samsung Galaxy S II sporting WiMAX, which obviously means the device is destined to play nice on the Sprint WiMAX network.

Of course we all knew that US carriers would gain the Samsung Galaxy S II at some point with the word that the Sprint version of the Android 2.3 Gingerbread handset would be known as the Galaxy Within.

It appears that the Sprint version of the Samsung Galaxy S II is a tad different in size to the European model, with the Sprint handset being 5mm taller and 3mm wider although there is no explanation as to why this is the case.

And there you have it; it does look like Sprint will soon have a Samsung Galaxy S II of their own to play nice on their 4G WiMAX network, which although not being as fast as LTE is a step up from 3G, and as the Samsung Galaxy S II (Samsung Within) is now at the FCC, the release of the smartphone will hopefully not be too far away.

Obviously we will bring our readers any update as to when the Samsung galaxy S II will become available in the US as and when we hear. 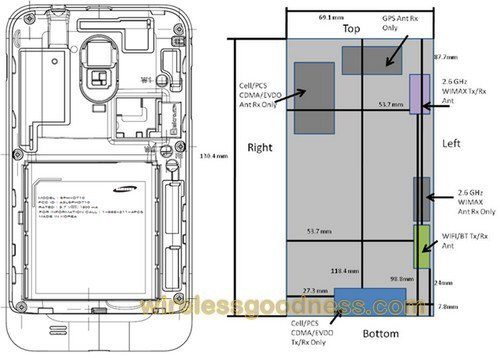