So ZTE Light, what is that? What is ZTE? Light? Well dear reader, ZTE Light is made by Zhong Xing Telecommunication Equipment, never heard of them! Neither had I before some friends of mine started buying these strange devices. As I’ve understood, they are China’s largest mobile phone manufacturer.

ZTE Light is a Phone / Tablet device, soon to be replaced by a newer version, which I will not write about here, because I don’t own one.

So what do you get?

Well you have the 7-inch transflective TFT screen. Not a capacitive one, which registers temperature-changes, a big change for me as a Samsung Galaxy S owner.

Beautifully boxed, very similar to a design of another company, which currently is suing Samsung for copy infringements. Wired headset, charger and a 2GB Micro SD memory card. Although, the device supports up to 32gb memory-cards, so not to worry too much about space issues.

Android version shipping with this one is 2.2. That feels a bit outdated looking at 2.3.4 being out, yes that’s the gingerbread one.

Can I have gingerbread on ZTE Light?

Of course you can! As i mentioned in an earlier review of Samsung Galaxy S, the Android developers community is a truly inventive, brave and helpful one.

You might have heard of Cyanogen Team, a group of people developing custom Roms for various brands of android phones. This caused one Swedish Android Guru called “kallt_kaffe” (Swedish for cold coffee, since he found out his coffee always got cold when he was coding for his android devices).

What this gentleman is doing for ZTE Light is truly inventive and excellent.
He ported Cyanogen’s Android OS to run on ZTE Light, and hey presto! Gingerbread for ZTE Light!

The ZTE Light becomes even more attractive to me as owner than just the cheap price tag in comparison to the mainstream tablets out there.

His work has been translated and you can find this here. Newer versions have been added, the latest came 15Th of August. Improvements to my ZTE Light were instantly discovered in a increased screen responsiveness, snappier tablet to sum it all up.

If you’re not into playing the highest definition, most demanding cpu hogging 3D spectacular games on a Tablet, the ZTE Light might be the one for you. We’ve got two toddlers at home, who haven’t yet learned the value of money, hardly even what money is or that it exists so for us it came as a natural choice to go for a ZTE Light tablet.

Its not too pricey, and if it would break, there is even a generous 24 months hardware warranty! If it would be accidentally tossed from our balcony, or stepped on and broken the cheap price would not leave anyone else than me sobbing. Family budget would still survive.

There is an abundance of apps for kids on Android Market, as news, weather and other nice “surf in the comfort of your living room couch” apps for use on this device.

Streaming video works fine, music as well. Screen is NOT Super Amoled but it does the job for the money paid for it.

What strikes me is the battery time, it gets ridiculously good if you switch the device to Airplane mode and use it as a “At home to play with budget tablet” and only use your wireless connection.

Standby battery time might be over a week in that mode, not sure really because it has not depleted fully for me yet.

Cons: Camera bit on weak side with 3.1MB no flash, TFT screen sometimes not at terms with what I’m trying to do.

Just wish to say a big thanks to Petri for his review above, why not add him to your Google Circles bu visiting him on Google+ 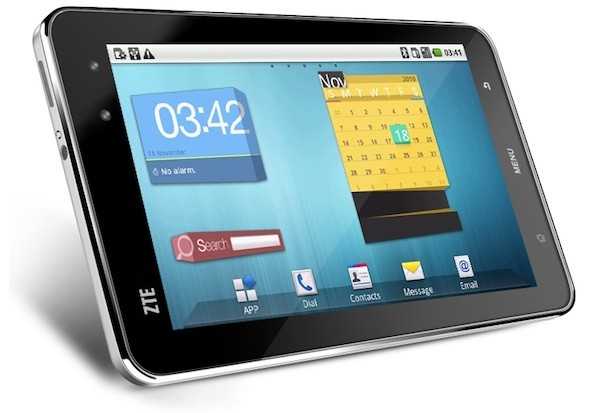