The Apple iPhone 5 announcement is causing a little bit of a stir of late, no one is sure when the smartphone will be released, and of course the Apple Event was still a mystery up until now. New CEO Time Cook will be front man at the Apple Event October 4.

AllThingsD are reporting that Apple’s CEO, TIM Cook will be kicking off the media event October 4 where he will be announcing the iPhone 5.

The iPhone 5 is definitely late upon release this year if you consider that a new iPhone releases around June / July time, rumours were flying around the web that the iPhone 5 would release sometime in September and that was not to be, and some were saying an October release is more likely.

Now if the Apple Event kicks off October 4, we can see the release date being 2 weeks after that.

All we say is “The Apple iPhone 5 has to be something special”, the long wait needs to be a wait worth while, or customers will be just on the slight bit of the angry side.

This is the most anticipated smartphones of the year, but it is not going to be an easy ride for Apple if Samsung has anything to do with it. We have reported numerous times that Samsung intends to stop the iPhone 5 being sold in Korea and possibly Europe after patent infringements, we believe this will not stick as Apple has a lot of clout, but if Samsung do win then the iPhone saga will be laid to rest unless Apple can come up with something.

Going back to Tim Cook, normally Steve Jobs is the man on the stage and everyone loves the man, he is a good speaker. Tim Cook will stand on stage for a long period, which will give the public an idea if he is up to the job or not, it is a massive test for Tim.

Will Steve Jobs make an appearance at the Apple event, whilst the iPhone 5 announcement is taking place?

iPhone 5 Specifications Possibility: 8-megapixel camera, A5 processor, 5-megapixel camera on the front for video chats, thinner, and curved back. That is all we have to go on at the moment.

Please join me on Twitter, Facebook or Google+ for updates, as soon as we know we will let you know.

If the Apple event is being held on October 4, then expect invitations to be sent out as early as next Monday stroke Tuesday. 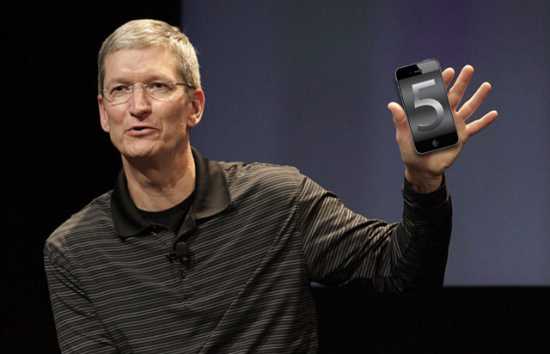