Yesterday we brought you word on a concept phone that incorporated wood into its design, the Nokia Diamond, and today we learn that there just might be a new phone coming out to play this year that brings the wood design to the mobile space, and that phone is an Android handset called the ADzero.

News of the ADzero possibly releasing comes our way courtesy of the guys over at Droid-life who say the ADzero phone was deigned by a UK student who was fed up at the lack of variety in the smartphone world and thus created the Adzero, an Android based handset made of bamboo.

Word is the Adzero bamboo phone now has backers in China and a model to tout at trade shows and thus those behind the eco-friendly bamboo handset are hoping to bring the ADzero to market sometime this year.

Details on the ADzero are scarce, but the device is apparently ultra-lightweight due to its build materials, will run a custom version of Android and apparently brings a new camera tech to the tablet that isn’t available on any other handset, known as “ring flash” whatever that may be.

The guys do say that the ADzero resembles the HTC Thunderbolt but with a bamboo housing, and whether the device will actually make it to market is a bit tough because we have yet to see the device turned on.

So we thought we’d ask our readers if they would like to own an eco-friendly bamboo phone and would they like to see the Samsung Galaxy S3 (SGS3) arrive in a bamboo flavour as along with being eco-friendly it would also look quite stunning and would probably win a few hearts. 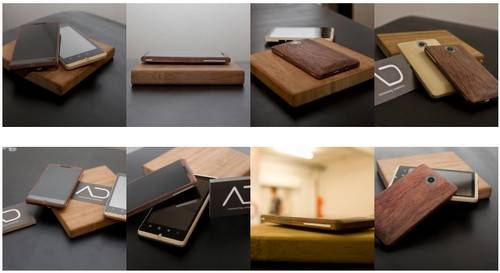