The Secret of Grisly Manor too short, get Lost City

The Secret of Grisly Manor is a free game for both Android and iOS device users, the only downside to this popular adventure is the size of the game, it is too short but yet still good for no pennies being spent.

This classic adventure game was first released for iOS users, but then was released for Android users January 30th, 2012. The iOS version had an update on February 1st adding a small bug fix and graphic updates, the game is still very popular indeed but many are complaining it is way too short and within 20 to 30 minutes the game is finished.

We decided to ask strangers, friends and family to install “The Secret of Grisly Manor” on their smartphones (Both Android and iPhone), they played the game and at the end said “That was disappointing, expected a lot more from it”, some of the people we asked were a little stronger in language what they said but we will not repeat that here.

Personally, we here at phonesreview.co.uk say why complain that the game is too short, it is completely free and is a great way to entertain yourself for 20 to 30 minutes of your life. Grisly Manor is supposed to have over 50 locations to explore, but do not think for one minute that there are, what the creators mean is that there are 50 locations within the house and outside to find each puzzle.

Go get The Secret of Grisly Manor now via the App Store or Android Market if you have not already, its fun and free.

The Secret of Grisly Manor is very short indeed, but if you are looking for a much longer game to play then how about “The lost city”, this game is by the same creators as Grisly Manor (Fire Maple Games). They should have given more levels on Grisly Manor before releasing this new game, but hey that is the way things go. 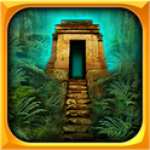 The Lost City is not free but is a lot bigger, main features include: Beautiful graphics, many puzzles need solving, loads of items to collect, stunning sound effects and great soundtrack, journal that keeps track of all the symbols and clues that you encounter, dynamic map, complete hint guide and walkthrough built right into the game (Basically for those that get stuck), and much more. To get this new game please visit the Android Market or the App Store.

12 thoughts on “The Secret of Grisly Manor too short, get Lost City”