One of the recently announced smartphones that we’ve been most impressed with is the LG Optimus 4X HD, a quad-core processor handset that also features a large display. It’s making its way to Europe for a release in the second quarter and today we have some news that you can now pre-order in the UK at a price of Â£456.

The Optimus 4X HD has a lot going for it and a recent hands-on look at the phone revealed that it’s extremely impressive and will be contending as one of the top new smartphones. Although some other notable handset are now appearing with large displays such as the Samsung Galaxy Note and the LG Optimus Vu, this is the only one of these three phones to feature a quad-core processor and it also features the latest Android OS, 4.0 Ice Cream Sandwich. This will please many people and will be another key selling feature.

Specs-wise you’re looking at an NVIDIA 1.5GHz Tegra 3 quad-core processor, 4.7-inch HD IPS display with resolution of 1280×720, 8-megapixel rear camera with video capture of 1080p HD and a 1.3-megapixel front-facing shooter. The Optimus 4X HD also features 16GB of internal memory, 1GB of RAM and a 2150mAh battery. It’s also a lightweight handset and slim at only 8.9mm. We’ve embedded a video of a first look at the Optimus 4X HD below this story for your delectation.

The Optimus 4X HD is bound to be a very popular handset and so prospective customers in the UK will be very happy to hear that they can now pre-order but will they be as happy about the price? Pre-orders are available at Clove.co.uk here and it will set you back Â£456 including V.A.T. You may also be interested in this report, which tells how the Optimus 4X HD also has 6 secret features that have not yet been revealed. Intriguing or what?

As this smartphone has some great specs and that quad-core action going on, Â£456 seems a very reasonable price to us for a SIM-free phone but we’d like to hear what you think. Are you already about to head to Clove to place your pre-order or will this price put you off? 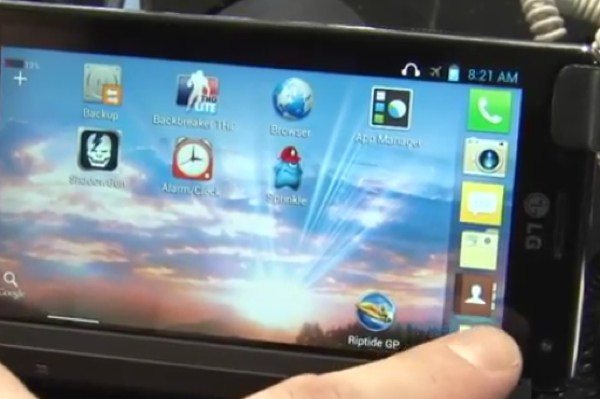