The iPad 3 event where we expect to hear all the juicy details of Apple’s next iPad is now only two days away and speculation is mounting as to just what we might expect. We’ve spoken many times about rumored specs and features and one of those was the possibility of 4G LTE. Today is now seems more likely than ever that the iPad 3 will be 4G LTE-equipped and we also have news on a customer buying survey.

As we said, the likelihood of 4G LTE coming to the iPad 3 has been much discussed and leaks over the last few months have made this seem plausible although we weren’t so sure whether it would come in time for the next iPad or may be a feature of the iPhone 5 due later in the year. However the news today that the iPad 3 will be 4G LTE comes from a reliable source that also said the Apple event to unveil the iPad 3 would happen on March 7 and of course that turned out to be accurate.

The news comes to us from iMore who point out that it is still unclear how Apple will cope with various 4G bands being used across the globe. Apparently there was previous talk that AT&T and Verizon may get an iPad 3 that supports LTE but no details were available for carriers not in the U.S. The other important piece of news is about the processor. For some time it was thought that the iPad 3 might step up to a quad-core processor and then more recently it was thought that it would be a dual-core after all. However, iMore says that its latest information is that the iPad 3 will feature a quad-core chip, now that will please an awful lot of people.

You may also be interested in an intriguing customer survey conducted by PriceGrabber, as reported by The Next Web. The survey asked potential buyers and current iPad owners, which features for the iPad 3 were important to them and about their plans to purchase the next Apple tablet. A massive 42% of those polled said they would be buying the iPad 3, this remember is before the specs and features have already been confirmed. Another 39% said they would purchase one before the end of the year.

When asked what feature was the most important to them for the next iPad, 54% said they wanted a lower cost iPad, 53% wanted better battery performance, 49% requested an SD card slot and 44% wished for an improved camera with flash. More of the survey findings can be found on The Next Web link above. These are interesting results but of course as pointed out, the fact that the survey was carried out by PriceGrabber is probably why a lower cost featured so highly among the most important features.

What are your thoughts on the most important features for the iPad 3 and also the fact that 4G LTE connectivity now seems very likely indeed? Is there one killer feature the iPad 3 needs to have to ensure your purchase? 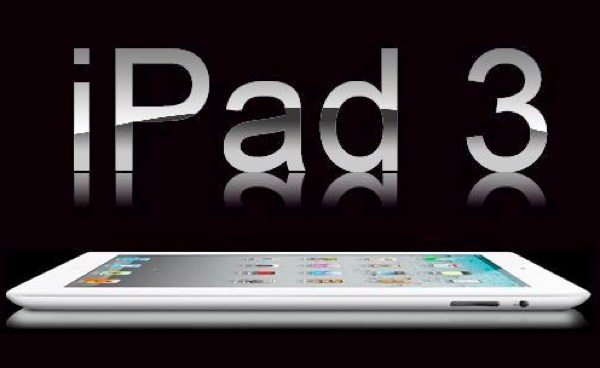