The Nokia Lumia 610 smartphone was officially announced at MWC recently and will be heading to various regions across the world. Today we have news of the price of the Lumia 610 for India although at present there’s still no timeline for when it will be available.

The Nokia Lumia 610 will be one of the first smartphones to release using the Windows Phone 7.5 Tango operating system and although specs are nothing to write home about it still looks as though this affordable smartphone will find its way in the market. The Lumia 610 has a 3.7-inch capacitive touchscreen display with a resolution of 800×480, an 800MHz Snapdragon S1 single-core processor, 256MB of RAM and 8GB of internal storage. There’s also a 5-megapixel rear camera with autofocus, LED flash and 720p video capture (no front-facing camera) and it also features WiFi, Bluetooth 2.1 and GPS.

The Lumia 610 is now set for a release in India and will be priced at Rs 11,000. Although a specific release date is not yet available we told previously of a second quarter release and this report tells how it is expected within two months. The Lumia 610 is targeted at the budget end of the market and is set to be the cheapest Windows Phone handset available in India. The Lumia 710 is the next cheapest and costs Rs 15,500.

Color options for the Nokia Lumia 610 are black, white, magenta or cyan and it will also come pre-loaded with apps such as Nokia Maps, Nokia Music and Nokia Drive. You can see a video below our story to give you a closer look of the Lumia 610. You may also be interested in a preview of this smartphone over on PC Mag, which sees the price as a plus point but says that it feels slow in comparison to other Windows Phone handsets. Will you be purchasing the Lumia 610 in India? If so, what are your thoughts on the price? 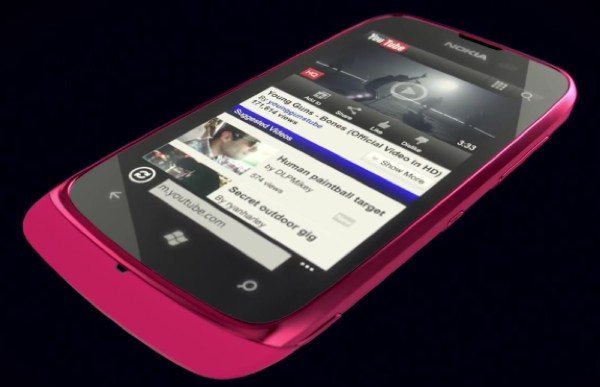 2 thoughts on “Nokia Lumia 610 India price but no timeline”