We’ve been bringing readers news about the LG Optimus 4X HD smartphone and only recently told how it was now available for pre-order in the UK with a release due in the second quarter. Today we have learned that the Optimus 4X HD is also heading to India in time for a May release.

This is looking a very notable Android smartphone with both a quad-core processor and running the latest Android 4.0 Ice Cream Sandwich operating system. It should be very popular in India then and many will be delighted to hear of that May launch. Two more new LG handsets will be arriving at approximately the same time, the Optimus Vu and the Optimus 3D Max.

The Optimus 4X HD is also likely to be released in the US in May and is one of the first in a new wave of quad-core processor smartphones along with another that has many people drooling, the HTC One X. News of the India release for the 4X HD came to us from Android Community, sourced from the Mobile Indian. Some of you may want a brief recap on specs and features so we’ll remind you that the Optimus 4X HD has a 1.5GHz quad-core processor, 4.7-inch HD display with resolution of 1280×720, 1GB of RAM, 16GB of internal memory and a 2150mAh battery.

It’s also slim at only 8.9mm thick and sports an 8-megapixel rear camera with 1080p video recording capability, along with a 1.3-megapixel front-facing camera. If you want to get a closer look at the LG Optimus 4X HD then we’ve embedded a YouTube video below this story showing a hands-on experience.

Will you be tempted to purchase the LG Optimus 4X HD when it releases in India? What will make you choose this over other upcoming handsets such as the Samsung Galaxy S3? 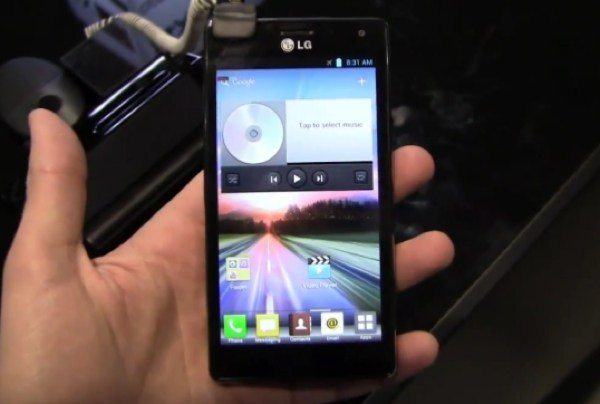