Everything about HTC Evo 4G LTE

We have previously given our readers some news about the HTC EVO 4G LTE, which was previously dubbed the EVO ONE. The EVO 4G LTE Android smartphone is headed to Sprint for a release in the coming months and we now have much more information about this phone for you.

The EVO 4G LTE was recently announced at a Sprint and HTC event and we noted this seems to be the Sprint variant of the HTC One X, which looks set to be a smash hit. The EVO 4G LTE though has the addition of Sprint LTE connectivity and also HD Voice capability and instead of the quad-core Tegra 3 processor of the One X, has a 1.5GHz dual-core Snapdragon S4 processor (the AT&T HTC One X variant will also be dual-core).

The HTC EVO 4G LTE also has a redesigned black and red casing as well as a handy kickstand and a boost in battery to 2000mAh. We’ve already given you a hands-on video look at the EVO 4G LTE and now we can give you further information as reported by ecoustics.com. Other key features and specs include a 4.7-inch HD display, 8-megapixel rear camera and 1.3-megapixel front-facing shooter and all running on Android 4.0 ICS. There’s a lot to impress about the HTC EVO 4G LTE and voice, audio and camera quality have all been concentrated on.

As for camera developments HTC has really gone to town with improvements. Just some of the photography features include the ability to take both video and still photos at the same time with the use of on-screen photo and video buttons adjacent to each other and speedy start up and auto-focus times. As well as this there’s no need to concern yourself with video or photo modes. If the user is capturing a video they need only tap the shutter button to take a still photo instead and this can also be utilized in video playback.

The EVO 4G LTE also features HTC ImageSense technology offering both software and hardware improvements to all parts of the camera. This includes the HTC ImageChip helping to capture great images even in harsh conditions. There’s also a superior f/2.0 camera lens that allows 44 percent more light in than most other camera phone lenses and a Smart Flash to adjust the flash accordingly depending on the distance away from the object being captured.

Appearance-wise this is one sleek phone offering an anodized black finish, a slim design and 80-degree viewing angle handy when watching videos using the convenient kickstand. An exact release date has not yet been revealed but pre-orders begin on May 7 and the price of the EVO 4G LTE is $199.99 on the usual two-year contract with a Sprint unlimited data plan also being available.

If you want to find out more about HTC’s ImageSense technology we’ve embedded a video below this story explaining more about it and showing a demonstration on the HTC One X and One S. Does the HTC EVO 4G LTE tempt you or are you hoping to hear more soon on either the Galaxy S3 or the iPhone 5? What features of the EVO 4G LTE might persuade you to make this handset your next smartphone purchase? 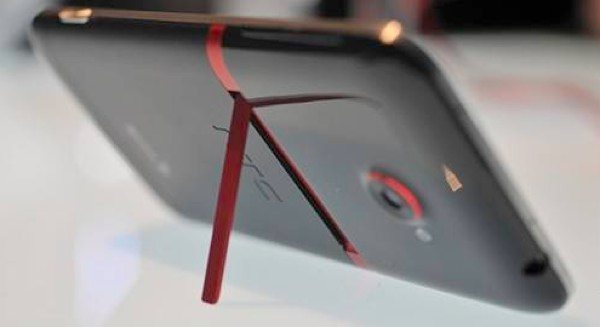 4 thoughts on “Everything about HTC Evo 4G LTE”