The troubles that have affected BlackBerry maker RIM in recent years have been highly publicized, but the platform still has many fans that don’t want to ditch their treasured device. Ahead of the launch of BB10 there have been a few concept ideas for new BlackBerry handsets, and today we have news of the BlackBerry TK Victory that could be RIMs saviour.

This latest concept idea comes courtesy of DigitalHomeBoy, and as CrackBerry are reporting the TK Victory looks pretty special. The device would have 32GB of on board storage with the introduction of Lotus Glass from Corning, on a beautiful wrap around 3.5-inch screen. To some users it may be disappointing to see the trackpad and physical front keys have been replaced by software based keys, along with a smaller swipe bezel on all four sides.

The device would weigh only 130g and measure 8.5mm thick and powered by the Nvidia Tegra 3 quad core processor. Camera wise the Victory concept has an eight megapixel front shooter with call to call and Skype options, while on the back a Carl Zeiss based twelve megapixel camera can be found with dual LED Xenon flash capable of 1080p HD video capture.

It would be packed with features such as the Apple designed nano SIM, 4G LTE along with both GSM and CDMA radios. Other features include Bluetooth 4.0, Wi-Fi, and DLNA Certified would allow users to stream, copy, share, and backup data without the need for wires.

Below the keyboard a visible microphone will support voice output and the re-positioned dual speakers will allow the device to be laid on its face or back no matter what the surface. A useful speakerphone mode would allow users to make conference calls or just simply listen to music or hear audio for video playback. The TK Victory would be powered by a 1950 mAh li-ion battery and along with a single lock/power key will help provide plenty of battery life.

What do you think of this concept idea? If it was to be actually made would it help draw users back to the BlackBerry platform? 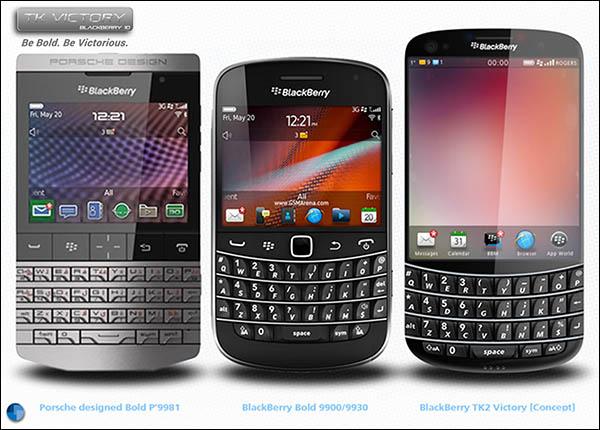