For a while it seemed that Windows Phone smartphones were not going to take off but just recently with phones such as the Nokia Lumia 900 it seems that their popularity is picking up. We’ve already reported on Windows Phone 8, the next major OS due later this year and dubbed Apollo and now we hear that internal testing, aka dogfooding, is now taking place on the new operating system.

Previously we told of rumors that Sprint LTE handsets with Windows Phone 8 may be available later this year and the news that Windows Phone 8 is being tested reinforces this speculation. It seems that early builds of Windows Phone 8 are also showing up in a social networking app. The reference Windows Phone 8.0 Apollo, build 8.0.9662.0, has shown within the app and can be seen in the device statistics sections but at this stage we have no way of telling if this is the real deal or a fake.

The news came to us from WPCentral who had discussions with the developer of ‘I’m a WP7,’ Scott Peterson and were informed it would be difficult to spoof the system, although not impossible. In a further update to the story WP Central had received further contact from Scott Peterson that seems to make it more likely that this early build is the genuine article. Peterson said “It’s running from an Emulator, doesn’t appear to be spoofed, is using the default Emulator location, and the Time Zone Offset lines up with Pacific Coast…”.

In further news WPCentral also reports that they have it “on good word” that dogfooding (internal testing) on Windows Phone 8 began at Microsoft on March 30. There’s still not too much detail about what Windows Phone 8 Apollo may bring but it is expected to provide dual-core CPU support, more display resolutions and NFC. You could also check out this article that tells a little more about some of the leaked features of Windows Phone 8.

What are your thoughts on early builds of Windows Phone 8 being out in the wild and the fact that internal testing has already begun? Do you think this could indicate a sooner than expected release? 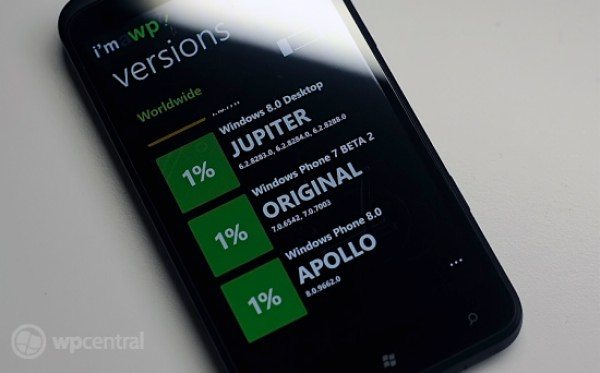