The world of real or fake is always intriguing, and today is the day where you will be the one that decides if the Ferrari BlackBerry Bold 9700 is a stud or a dud. We have said all along that RIM needs to pull something out of the bag to win back the falling customer base; the question is “Can this be the answer?”

Remember back a little when we reported about the Porsche Design P’9981 BlackBerry, you will recall that we were not too impressed with this mobile phone, personally we believe that the Ferrari version of the BlackBerry Bold 9700 is a sexier beast.

We first came across this new handset via ArabNet (Translated), they report a little about this handset, but we could not leave it at that and decided to delve a little more to find out more about the super car BlackBerry phone.

CrackBerry was our next stop that also mentions this handset in its forum, they mention that the Ferrari BlackBerry Bold 9700 was spotted; some may say it is fake but then some may believe it is real.

We all know that the 9700 was not the best BlackBerry phone released, so do they really believe that by giving it Ferrari name it will be any better?

This could be a special edition handset, and considering it was first seen on the Arabic ArabNet5 site, it may be for the sheikh countries only, who knows. Below you can see a few photo, not really much else we can report on at the moment, please do let us know if you think it is real or fake. 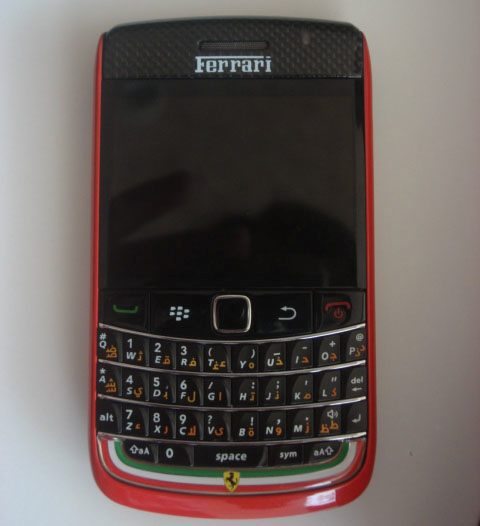