The Samsung Galaxy S3 (S III) is now out in some regions but potential customers in the U.S. are still patiently (or not so patiently) waiting for a release. Although details of the US variants have been thin on the ground, today we have news on the Galaxy S3 Verizon, Sprint and T-Mobile models, although still nothing further yet for AT&T.

First we’ll give you the latest on the T-Mobile USA Galaxy S3 as pictures have come to light purporting to show this. What is really unexpected however is that the images appear to show a Galaxy S3 that is unchanged from the international variant already available, except for the branding. Usually when the US carriers get hold of the latest Samsung flagship phone they insist on some changes for their variants but if the images are accurate it seems that Samsung has put its foot down.

The claimed Galaxy S3 for T-Mobile photos, supplied to The Verge, also show a physical home button and this is a real deviation as the US variants have typically replaced the home button for capacitive touch buttons (as on the Galaxy S and S2 for instance). It also appears that the Galaxy S3 color options for the US will remain the same as for other regions, blue or white, although we’ve already told of shortages with some having to wait for the option of their choice.

A release date for the US is not yet known but a recent date rumored was June 20, although that of course remains to be seen. In further news that at least makes this date possible it seems that the Verizon variant of the Galaxy S3 (model number SCH-I535) has now passed through the FCC as well as the Sprint variant (model number SPH-L710). This news came to us Pocketnow and is certainly encouraging as once a device has cleared the FCC a launch is usually very close afterwards.

There are no images for these models yet but as the T-Mobile Galaxy S3 seems to be identical to the international model then it does seem likely that the same model will come to Sprint and Verizon and also AT&T, with the only difference being carrier-branding of course. We shall be following developments and will pass on more about this as we hear it.

We’d like to know what you think about the likelihood of the US Galaxy S3 variants being the same as the international model? While generally this seems like good news to us we’re especially interested in the issue of a physical home button. We know that this is something that really divides readers with some preferring it while some favor capacitive buttons so send your comments to let us know. Are you waiting for the Galaxy S3 to come to the US? 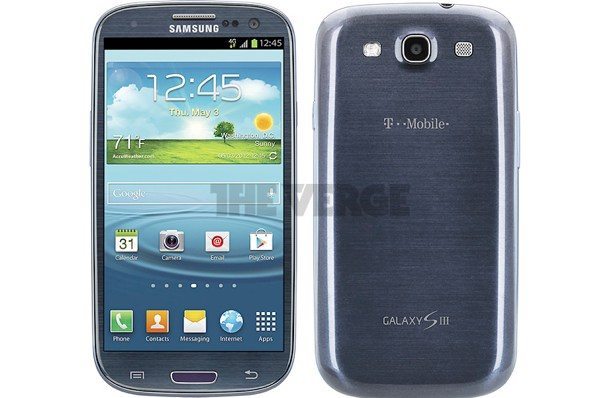