iOS 6 release may bring Siri on iPad this fall

When the iPhone 4S was launched last year it brought with it the new Assistant feature called Siri, but since then owners of other iOS devices have wondered if the feature would become available for them, and today there are claims that the iOS 6 release may bring Siri on the iPad this fall.

An article over at 9To5 Mac is reporting that trusted sources say Siri will be arriving on the iPad this coming fall, and will have nearly all the features that iPhone 4S users currently enjoy. It is being claimed that one of the major new features of iOS 6 will be Siri support on the device, and not just the Voice Dictation that came with the new iPad and iOS 5.1.

All the features will be present except obviously the phone related commands, but previously some had wondered if Siri could work on the iPad as the device normally sits further from the user’s mouth, and the microphone would not be able to hear properly and incorrectly interpret command inputs. This is not the case though according to sources and commands will return the same or similar accuracy to the iPhone 4S, and the Voice Dictation feature seems to work ok for new iPad owners.

It is being claimed that Siri for iPad will not be a full screen experience like on the iPhone 4S, but will still be activated by a quick hold of the home button, which will see an interface slide up from below the display with a clever animation. Siri will be built into the iPad as a small window that will be on top of whatever interface that is currently in use.

Apple has allegedly been testing iOS 6’s Siri on the new iPad and the iPad 2, but it is not known if Siri for iPad will launch exclusively on the new iPad or for all models, although sources think it will only be on the Retina Display model. One of the reasons that Siri was exclusive to the iPhone 4S was that Apple believed that this would allow the Siri servers and functionality to expand at an achievable pace.

It is also not known if Apple will showcase Siri with the rest of iOS 6 at next week’s WWDC keynote or at an event in the fall. Earlier today we told you that the iPhone 5 is being tipped for release during September alongside an iPad mini, so Apple could reveal Siri for the iPad then. Siri has got its critics though with many stating that the feature is largely a gimmick outside of the US.

Would you like to see Siri launched for the iPad? 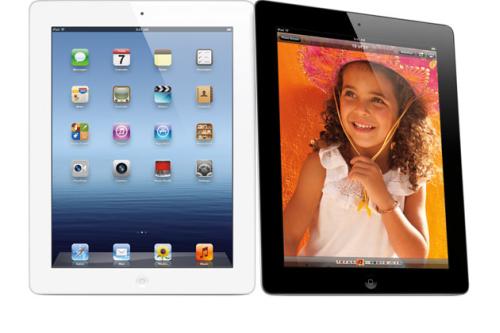